A blistering 93-run knock from David Warner followed by a quickfire cameo from Bipul Sharma helped Sunrisers Hyderabad reach the final of the 2016 Indian Premier League. Check out all the highlights of this match here.

After being put in to bat, Gujarat Lions got off to a bad start as they lost their make-shift opener Eklavya Dwivedi and skipper Suresh Raina inside powerplay. Dinesh Karthik then steadied the innings with his solid knock of 26(19) but got run-out, courtesy some brilliant fielding from Trent Boult. Finch continued from where Karthik left and with support from both Ravindra Jadeja and Dwayne Bravo, propelled GL to a fighting total. In reply, Sunrisers Hyderabad lost wickets at regular intervals but David Warner kept his cool as his unbeaten 93-run knock off just 58 balls guided SRH to their maiden Indian Premier League final. Get all the highlights of this match here. (SCORECARD | STREAMINGÂ | NEWS | PLAY FANTASY LEAGUE)

23:45 hrs IST: That's it. Thank you for joining us tonight. See you all on Sunday for 2016 IPL final between RCB and SRH. Until then, it's goodbye. Cheers!Â

David Warner (SRH skipper and Man of the Match): "Pretty overwhelming. I know if I could hang in there, the end we were capable of chasing it. Lot of credit to Bipul for playing the way he did. He's been bowling well, his work ethic has been fantastic. One place for a full-time spinner. A team game, for me, going there and playing the way I do. All about having one batter in a good partnership."Â 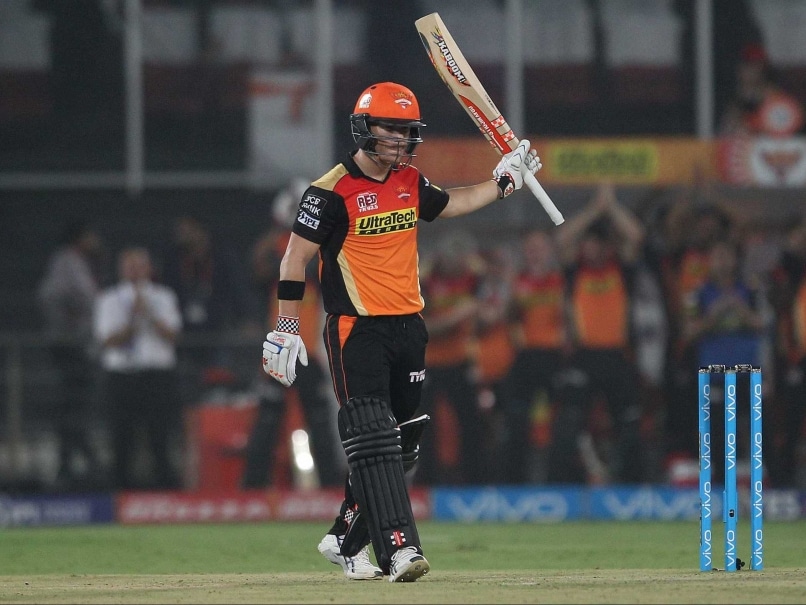 23:33 hrs IST: And that's the end. SRH beat GL by four wickets to reach their first IPL final. What a knock from Warner! Simply amazing!Â

50 up for Captain Warner! He has been absolutely splendid throughout, we need to back him all the way! #OrangeVoice #OrangeArmy #GLvSRH

WICKET. Shivil Kaushik gets the big wicket of Yuvraj Singh.
The Lions are in it. Come on! #GameMaariChhe #GLvSRH

22:29 hrs IST: SIX! Overpitched delivery from Raina and Warner smacks it straight down the ground for a maximum.Â

22:19 hrs IST: FOUR! Short and wide from Smith and Yuvraj lofts it over covers for his first boundary of the night.

Doctor comes and Doctor strikes! ??
Henriques is OUT. SRH are 2 down now! #GameMaariChhe #GLvSRH pic.twitter.com/V81A5daCll

22:16 hrs IST: FOUR! Slower delivery from Kulkarni and Warner clobbers it over mid-off for his fourth boundary. SRH are 33/1 after 4 overs.Â

21:59 hrs IST: FOUR! First boundary of the night for Warner.Â

21:57 hrs IST: Warner and Dhawan to open for Sunrisers. Praveen to bowl the first over for Gujarat.Â

21:45 hrs IST: SRH scored 162 vs KKR in eliminator. Now GL have scored the same against them.Â 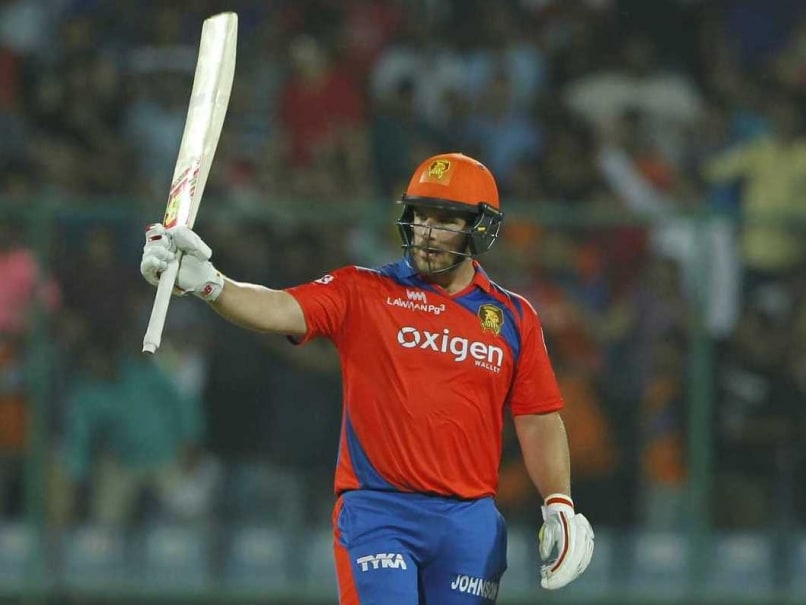 Aaron Finch slammed his 5th fifty of the season to take Gujarat Lions to a sizeable total vs Sunrisers Hyderabad.

21:33 hrs IST: Consecutive boundaries for Bravo. Just what Gujarat need at this stage!Â

21:24 hrs IST: FOUR! Length ball from Bhuvi and Jadeja lofts it well to the long-off boundary.Â

SHOT. Up and above the in-field. @AaronFinch5 is playing a blinder here. Keep going, Finchy! #GameMaariChhe #GLvSRH

21:08 hrs IST: SIX!What shot! Length delivery from Henriques and Finch hammers it over deep mid-wicket boundary. GL are 100/5 after 14 overs.Â

20:52 hrs IST: SIX! Full and wide from Sran and Finch powers it over long-off boundary for a maximum. A 103m colossal blow it was!Â

20:51 hrs IST: FOUR! Too short from Sran (again) and Finch pulls it to deep backward square leg for his first boundary.Â

20:35 hrs IST: FOUR! Length ball from Henriques, Karthik steps out, makes room and times it well in the gap between mid-off and covers.Â

20:32 hrs IST: Some more bad news for Tennis fans. Rafael Nadal, The King Of Clay, has withdrawn for 2016 French Open due to a wrist injury.Â 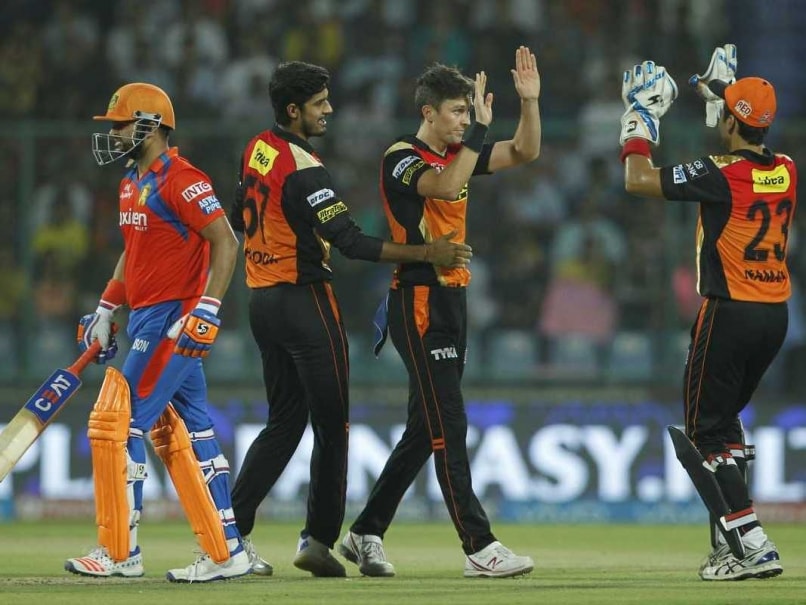 Sunrisers Hyderabad's Trent Boult (third from left) celebrates with his teammates after getting rid off Suresh Raina.

20:23 hrs IST: FOUR! Too short from Sran, McCullum gets into position and pulls it to deep square leg for his third boundary.Â

20:20 hrs IST: FOUR! Half-volley from Boult and Karthik drives it sweetly through covers. GL are 23/2 after 4 overs.Â

FOUR. @DineshKarthik with a picture-perfect drive gets a boundary through covers. What a shot! #GameMaariChhe #GLvSRH

20:13 hrs IST: TWO-RUNS: Short and wide from Bhuvi, McCullum cuts it hard towards point boundary but Dhawan, who comes running from deep extra cover dives and saves a certain boundary.Â

20:08 hrs IST: WHAM! Baz gets the better of his New Zealand team-mate Boult. The left-armer bowls it slightly wide of off stump and McCullum flays it to deep cover. Next ball, Boult beats him as the batsman charges down the track.

20:06 hrs IST: Boult into the attack. It's his first match of the season.Â

20:03 hrs IST: FOUR! Dwivedi comes down the track, tries to slash it over mid-on but gets a thick outside edge and it races away towards third-man boundary.Â

20:02 hrs IST: A quick run towards mid-on and McCullum too opens his account.Â

19:59 hrs IST: It's time for action. Dwivedi and McCullum make their way out in the middle. Bhuvi to start the proceedings for Sunrisers.Â

19:38 hrs IST: So the FIZZ misses out for SRH due to a hamstring niggle. Big responsibility on Boult to deliver tonight!Â 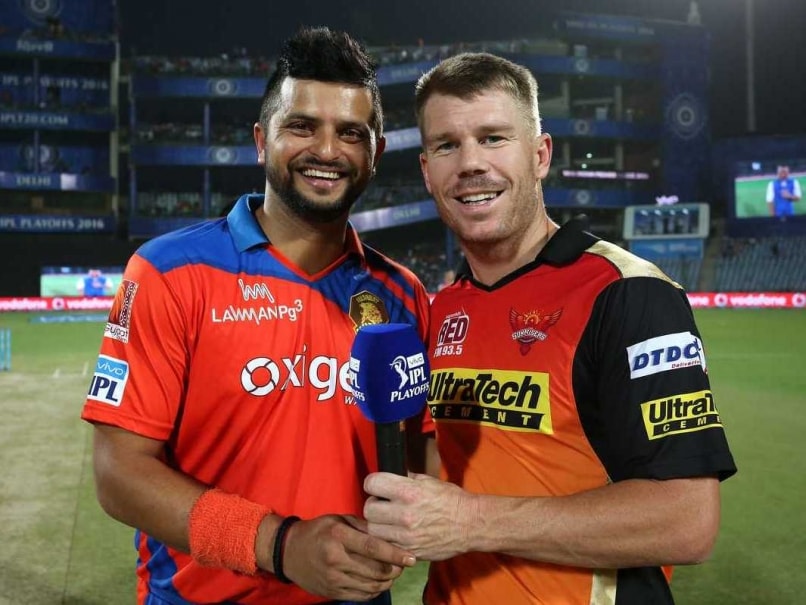 19:37 hrs IST: Bhuvi was named the Man of the Match for SRH in their both matches against GL this season.Â

19:26 hrs IST: A must read!ÂVirat Kohli relects on his phenomenal phase, desires to improve further.Â

Our #SRH pace bowlers have been successful for us this IPL. Let's cheer them on today. #OrangeArmy #OrangeVoice pic.twitter.com/8CiEDSWvhu

We have a top bowling attack. Which bowlers will be take the most wickets today? #SRH #OrangeArmy #OrangeVoice pic.twitter.com/a2dfTkPyDa

19:06 hrs IST: Gujarat Lions must bring in James Faulkner in place of Brendon McCullum as it'll add more firepower in their both batting and bowling.Â

19:05 hrs IST: A warm welcome to our live coverage of this virtual semi-final clash between Gujarat Lions and Sunrisers Hyderabad.Â 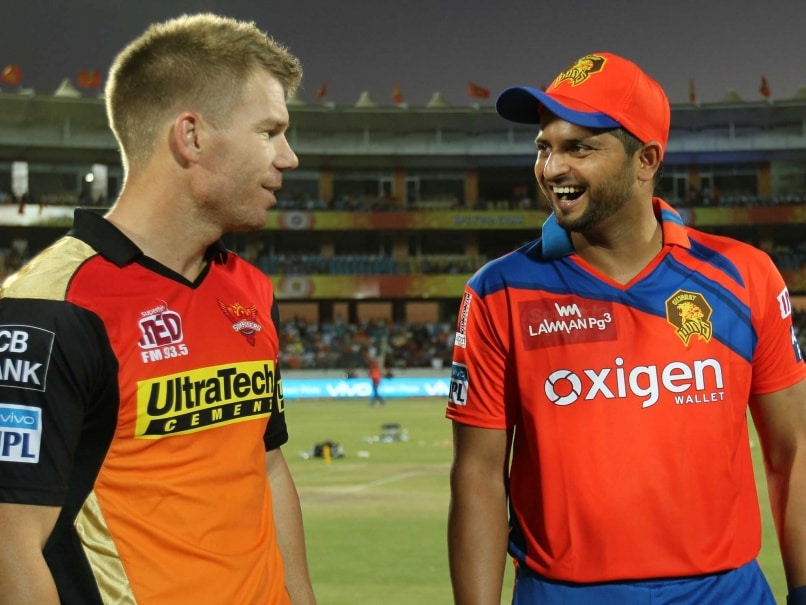 Having eliminated Kolkata Knight Riders at the Kotla on Wednesday, Sunrisers Hyderabad will have an edge going into the knockout clash against Gujarat Lions. Bowlers helped SRH defend a modest target and on Kotla's sluggish surface, chasers have generally suffered.

Both SRH and GL are well equipped with powerful batsmen. Man-for-man, the Lions probably have the bigger names - Brendon McCullum, Dwayne Smith and Aaron Finch. But McCullum and Finch have been out of form and today will be their big test.

Skipper Suresh Raina's duck against KKR was a rare failure. With more than 4,000 IPL runs, he remains GL's batting mainstay along with West Indian Smith, whose wicket-taking skills has been a welcome addition.

David Warner's batting has been a revelation this season. With 686 runs in 15 games and a strike-rate of almost 148, the Australian has given SRH a breezy start in almost every game. But the good news is that Yuvraj Singh is hitting his strides.

For Yuvraj, every game is a test of his eagerness to play for Team India. His 30-ball 44 against KKR was crucial and probably decisive.

Sunrisers biggest strength, of course, is their bowlers. Bhuvneshwar Kumar, with 21 scalps, is the leading wicket-taker this season and will have the dangerous and economical Mustafizur Rahman for company.