Chasing a tough target of 173, Delhi Daredevils' all-rounder Chris Morris played a stunning knock but it didn't prove enough as two brilliant overs from Praveen Kumar and Dwayne Bravo towards the end helped Gujarat Lions win the match by one run. Catch all the highlights of Delhi Daredevils vs Gujarat Lions here

After being put in to bat, Brendon McCullum and Dwayne Smith got Gujarat Lions off to a blistering start but Delhi Daredevils picked up wickets at regular intervals and stemmed the run flow, giving away just 62 in the last 10 overs. In reply, a magnificent 82-run knock from Chris Morris raised Daredevils' hopes after a poor start, but Praveen Kumar and Dwayne Bravo executed their yorkers to perfection in the last two overs and helped Gujarat steal a thriller at the Feroz Shah Kotla stadium. Get all the highlights of Delhi Daredevils vs Gujarat Lions here. (SCORECARD | STREAMING | POINTS TABLE | FIXTURES | NEWS | PLAY FANTASY LEAGUE)

23:55 hrs IST:And that's it. Thank you joining us today. See you all tomorrow for the match between Mumbai Indians and Kolkata Knight Riders. Until then, it's goodbye.Â

Chris Morris (Man of the Match):Â"Upset we couldn't get there, but happy that I could contribute. I was quite lucky, it was one of those nights where I timed and it flew off the middle of the bat. It's been a lot of practice on my batting over the last couple of months."

Suresh Raina (GL skipper):"I think Morris batted well. When he was batting, I thought we'd lose this game from the 15th over. PK bowled superbly, and then Bravo was outstanding."Â

Zaheer Khan (DD skipper): "Great game, we can take a lot of positives.To pull it back after McCullum and Dwayne Smith went berserk was special. Great spirit shown by the boys to pull it back with both bat and ball. It was anyone's game. The way Morris was batting, we thought he will finish it." 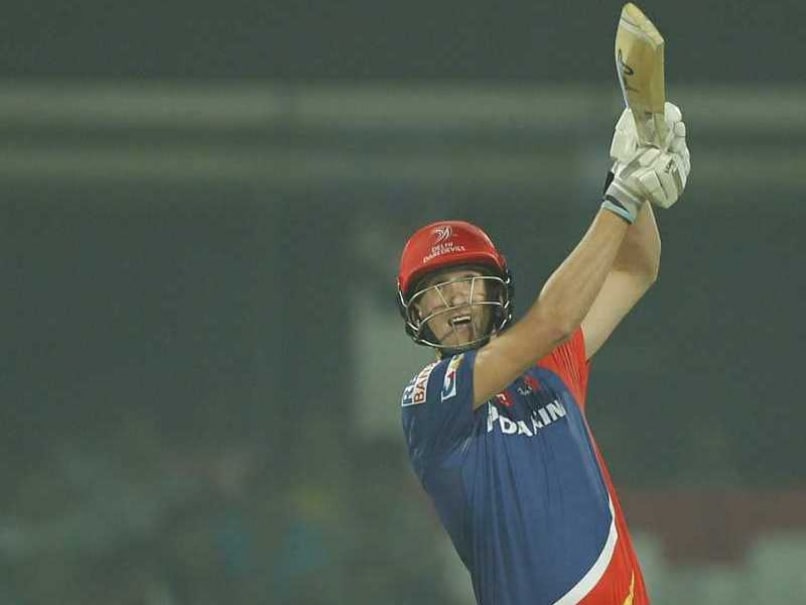 Chris Morris hit eight sixes in his magnificent knock of 82 off just 32 balls.

23:40 hrs IST: Two runs off the last ball. That's the end! GL defeat DD by 1 run. Heart-breaking loss for Daredevils. Spare a thought for Morris! He was exceptional tonight and deserved to be on the winning side.Â

23:01 hrs IST: FOUR!Slower delivery from Bravo and Duminy lofts it over the fielder at mid-on.Â

22:52 hrs IST: SIX!That's a colossal blow from Morris. Length ball from Faulkner and Morris thumps it over long-off.Â

22:41 hrs IST: FOUR!Shortish delivery and Duminy pulls it well towards deep mid-wicket for his first boundary.Â

22:34 hrs IST: FOUR!Bit wide from Raina and Pant smashes it away into the point boundary. DD are 38/3 after 8 overs.Â

22:32 hrs IST:Suresh Raina comes in to bowl his first over.Â

22:14 hrs IST: Four!! He connects this time and smashes it straight down the ground for his first boundary

22:13 hrs IST: De Kock goes for a wild heave-ho but fails to connect with the ball. Just 1 run from 9 balls for the South African.

22:10 hrs IST: Big shout for lbw. Heart-in-the-mouth moment for De Kock. But correct decision as the ball pitched outside the leg stump

Wow! @dhawal_kulkarni bowls a wicket maiden. How often do you see that in T20 Cricket? #GameMaariChhe #DDvGL

22:02 hrs IST: Cautious start from the Daredevils. Praveen Kumar got some swing. DD are 2/0 after 1 over. 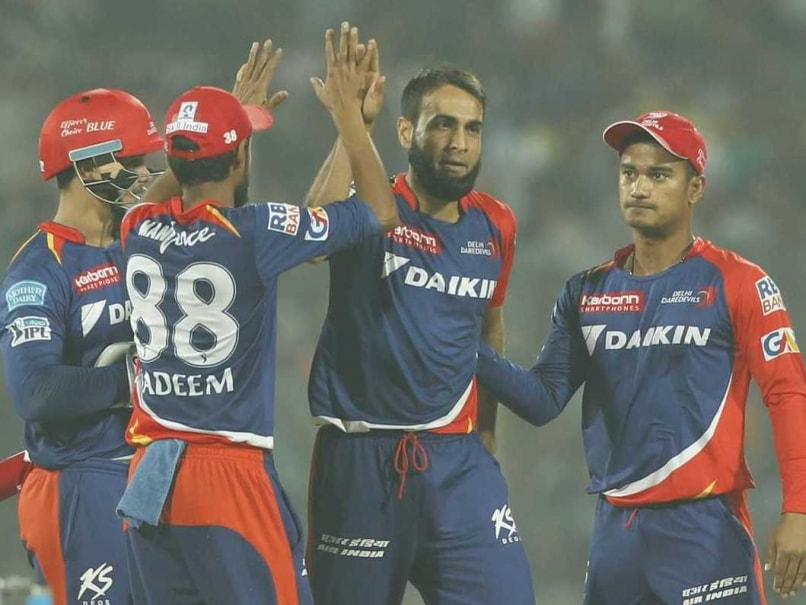 21:21 hrs IST: SIX!Flighted delivery from Tahir and Karthik smashes it over long-off.Â

21:07 hrs IST: FOUR!Short and wide from Mishra and Karthik drives it well to the wide long-off region.Â

20:42 hrs IST:McCullum, Smith have made batting look so easy on the slow Kotla track!Â

50 in no time. What an innings!
First half century for Baz in this year's #IPL. #LikeABaz #GameMaariChhe #DDvGL

20:35 hrs IST: FOUR!Too short from Mishra and McCullum whacks it over his head.Â

20:33 hrs IST: Eight Boundaries, Five Sixes have been hit in the first 7 overs of the match.Â

Back to back boundaries. It's raining 4s and 6s at Ferozshah Kotla tonight. Absolute carnage! #GameMaariChhe #DDvGL

20:27 hrs IST:Good over from Zaheer in context of the game. Eight runs off it.GL are 71/0 after 6 overs. It's time for strategic time-out.Â

20:23 hrs IST: FOUR!This is sheer carnage from Gujarat. Length ball from Zaheer and Smith just clobbers it into the square leg boundary.Â

20:19 hrs IST: SIX!Fuller delivery from Morris and McCullum smashes it straight down the ground.Â

20:15 hrs IST: SIX!Too short from Nadeem and Smith just whacks it over mid-wicket.Â

20:08 hrs IST: SIX!First of the night for Smith. Fuller delivery from Nadeem and Smith lofts it over long-off.Â 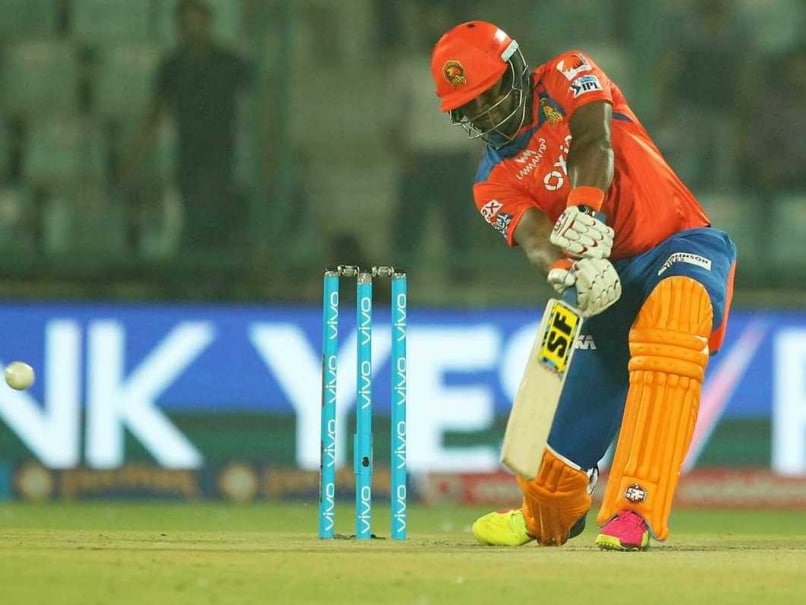 Dwayne Smith smashed four boundaries in the first over of Gujarat Lions' innings.

20:05 hrs IST: FOUR!An extremely expensive over from Zaheer.DD are 18/0 after first over.Â

20:04 hrs IST: FOUR!Length delivery from Zaheer, Smith looks to cut but gets a thick edge and the ball flies through the gap between Duminy (first slip fielder) and wicket-keeper de Kock.Â

20:01 hrs IST: FOUR!Half-volley from Zaheer and Smith slaps it away towards the cover boundary.Â

19:59 hrs IST: It's time for action. Brendon McCullum and Dwayne Smith make their way out in the middle. Zaheer Khan to start the proceedings for Daredevils.

The best day so far!! Nandos supplied by @DaleSteyn62 to the hotel for the boys. Hungry boys after training pic.twitter.com/v2ruTLCAmW

19:20 hrs IST: Hello and welcome to the coverage of the 23rd game of the Indian Premier League season 9. Delhi Daredevils take on Gujarat Lions at the Feroz Shah Kotla stadium tonight. For the first time in four years, the Daredevils have won three matches on the trot and under Zaheer Khan's leadership, they look a formidable unit now. On the other hand, the debutants Gujarat are also not far behind as they have four wins in their five games held so far. So we can expect a cracker of a game tonight!Â 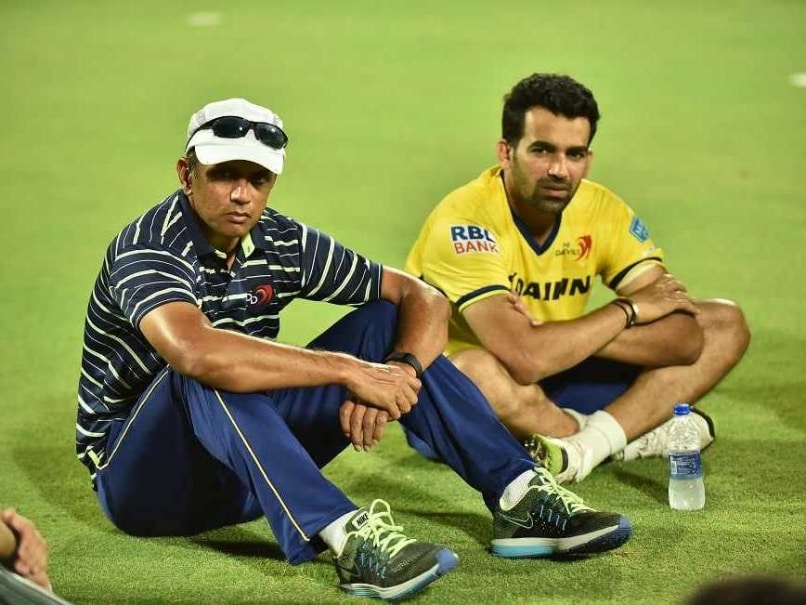 Under the mentorship of Rahul Dravid and captaincy of Zaheer Khan, Delhi Daredevils, after losing their opening match of IPL 2016, have won three on the trot.

It's not a surprise that Delhi Daredevils are banking a lot on their home-spun talent. When you have a mentor in Rahul Dravid, it is expected that a Sanju Samson, a Shreyas Iyer or a Mayank Agarwal will get the right exposure in a long-drawn league.

DD have their foreigners in the right spots. Quinton de Kock's ability to give an innings a sparkling start, JP Duminy's composure in the middle order and Chris Morris' all-round abilities, add muscle to a team that is led by the experienced Zaheer Khan.

Gujarat Lions need a win to top the IPL table. They have looked a formidable unit and have the players to play in any condition. Ex-Chennai Super Kings stars Brendon McCullum, Dwayne Smith and captain Suresh Raina give the top order a beefy look. Add to that a specialist like Aaron Finch.

Man-for-man, the Lions look stronger on paper but the way Delhi have dealt with powerhouses like Royal Challengers Bangalore and Mumbai Indians, there are no favourites at Kotla tonight.