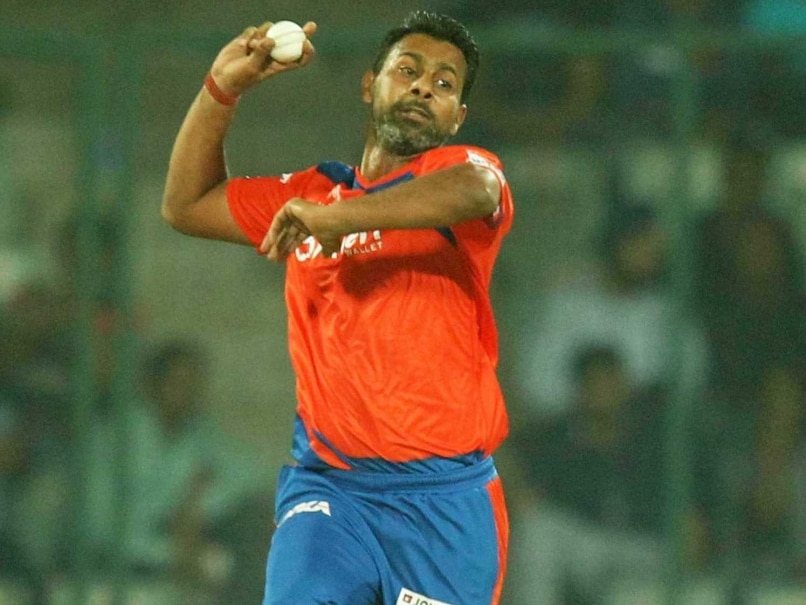 Praveen Kumar, who last played for India in 2012, showed once again that his skills are intact. His superb display of disciplined bowling helped Gujarat Lions' win over Delhi Daredevils in Indian Premier League on Wednesday.

In his four overs, the 29-year-old Praveen gave away just 13 runs, with an economy of 3.25. His contribution came to the fore at the end, as the Suresh Raina-led Lions sneaked to a win by just one run.

Once considered to be a talented all-rounder, Praveen lost his way despite having played of 68 ODIs, six Tests and 10 T20Is. Injury and poor form played a big part in it, while some also blamed his attitude problems.

On Wednesday, however, he was back to his old self as he used his limited pace to good use and frustrated Delhi Daredevils batsmen with his tight line and length.

After giving away just nine runs in his first three overs, Praveen was called in to bowl the penultimate over with Delhi Daredevils needing 18 off 12 balls for a win. The wily fighter that he is, Praveen gave away just four runs in the 19th over, thus taking the equation for DD to 14 off six balls.

The Daredevils could score only 12 in the final over, bowled by Dwayne Bravo.

"I knew the only thing that would help me in the final overs were the yorkers. Some of the boys came up to me and asked me to try the slower ball, but I thought there were chances that it could have been swung over the ropes," Praveen said after the win.

"Those balls are 50-50 in such stages. They had a left-right combination, so the plan was to tuck Negi up and not give him any width. I didn't mind giving singles, but I didn't want to give away full tosses.

"The ball generally stops on the batsmen here, so upfront we had to hit our lengths early. That's what we did."

Comments
Topics mentioned in this article
Praveen Kumar Delhi Daredevils Gujarat Lions IPL 9 Cricket
Get the latest updates on ICC T20 Worldcup 2022 and CWG 2022 check out the Schedule, Live Score and Medals Tally. Like us on Facebook or follow us on Twitter for more sports updates. You can also download the NDTV Cricket app for Android or iOS.