IPL: Gujarat Lions Got The Edge Because of Fresh Wicket, Says Piyush Chawla 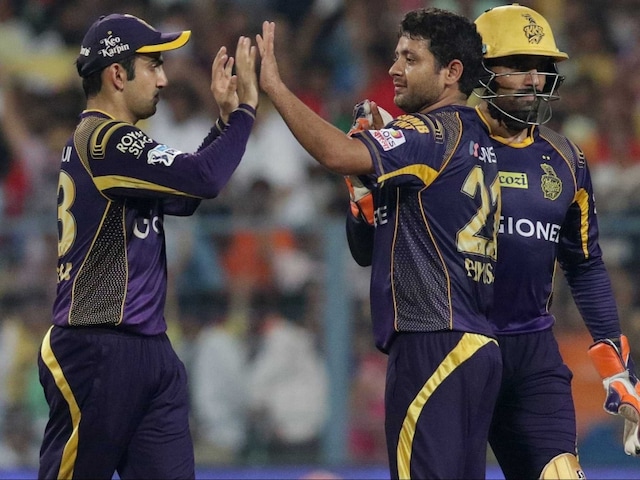 Kolkata Knight Riders leg-spinner Piyush Chawla said Gujarat Lions got the advantage of bowling on a fresh wicket to secure a five-wicket win in the Indian Premier League here.

"Wicket was good and maybe because of the last night's rain it was fresh and seaming a bit during the first innings. They got the advantage of fresh wicket," Chawla said after their loss to Gujarat Lions.

In a splendid display of seam bowling, Praveen Kumar (2/19), Dhawal Kulkarni (1/30) and Dwayne Smith (1/14) reduced KKR to 24/4 in 5.5 overs before they recovered to 158/4 but the total proved insufficient as the Lions cantered home by five wickets with two overs to spare.

"We lost a few early wickets but recovered well. They batted really well. I don't think many things went wrong, it's just that they played better cricket," Chawla said.

The two-time former champions' most successful bowler Sunil Narine missed a second match but Chawla blamed it on the offspinner's injured finger in his bowling hand.

"He's not yet fully fit. He has injury on his spinning finger. We will have to wait."

Asked whether death bowling was a worry, Chawla said, "First few games, we didn't bowl well in death. But in the last game (against KXIP) we defended really well. In this game, they just needed run a ball at one point of time and we could not do much. It's not that like that. In this format, you're bound to go for few runs."

From being at the top of the table, KKR slipped to third place after the loss and they still have to win two more from four matches to qualify for the playoffs but Chawla chose to count on the positives.

"There's a lot to take. Shakib batted really well and Yusuf too was hitting well in last few games. He went in a difficult situation and paced his innings really well. It was tremendous to watch."

Comments
Topics mentioned in this article
Piyush Chawla Kolkata Knight Riders IPL 9 Cricket
Get the latest Cricket news, check out the India cricket schedule, Cricket live score . Like us on Facebook or follow us on Twitter for more sports updates. You can also download the NDTV Cricket app for Android or iOS.