Sunrisers Hyderabad has been one of the most consistent teams in 2016 Indian Premier League. Though they were over-dependent on David Warner in initial stages, slowly but surely every member of the team contributed to their entry in the final. 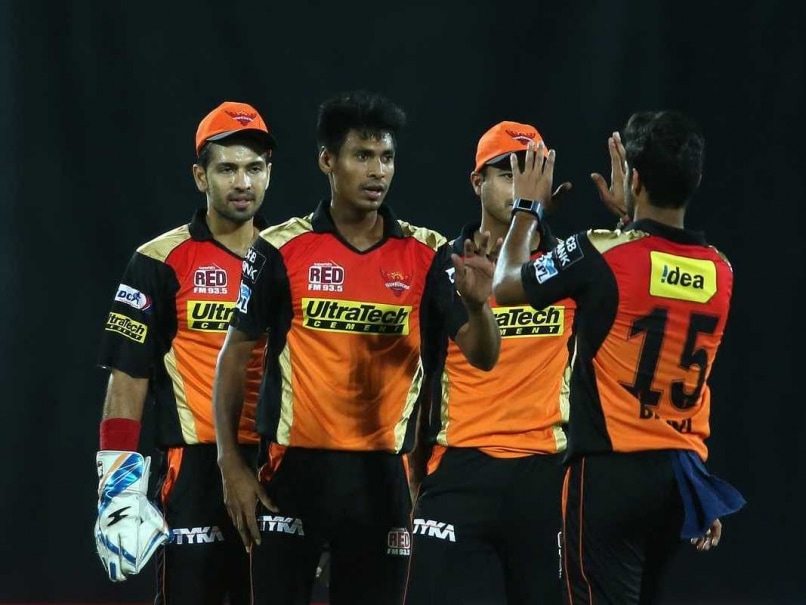 In his first Indian Premier League season, Mustafizur Rahman (second from left) has taken 16 wickets in 15 games at an economy rate of 6.73. That says a lot about his ability.© BCCI

Sunrisers Hyderabad rode on David Warner's individual brilliance at the start of 2016 Indian Premier League to be among the top-four teams. Gradually, bowlers and other batsmen started pitching in their quest for a final berth.

The Warner-led side will face Royal Challengers Bangalore in the final on Sunday, for their maiden title.

A look at the crucial aspects for their journey so far.

Warner's brilliance with the bat

After losing their first two matches, David Warner led Sunrisers Hyderabad from the front and scored consecutive fifties to bring them back on winning track. The victory against Gujarat Lions was a confidence booster as riding on a breezy fifty from Warner, SRH - in pursuit of 136 - won the match by 10 wickets and 31 balls to spare. Had it not been for Warner, the situation could have been different.

The trio of Bhuvi-Nehra-Mustafizur won SRH many matches from a stage where it looked like they would lose them. In their seventh game against Royal Challengers Bangalore, all three struck timely blows to guide SRH to a 15-run win.

In their 10th game vs Rising Pune Supergiants, SRH were able to score only 137, courtesy a six-wicket haul from Adam Zampa. The three of them kept it tight and took wickets at crucial intervals to help SRH clinch a thriller by just four runs.

With the middle-order not performing well and the pressure on Warner increasing by the day, Shikhar Dhawan struck form to guide SRH to two important wins. In their eighth match vs Gujarat Lions, the southpaw played a steady knock of 47 to take his team over the line on a slow Uppal track.

In the next game against Mumbai Indians, Dhawan hit a blistering 82 to announce his return to form and that proved decisive in SRH's road to the final.

Chasing a tricky target of 163 in the Qualifier 2 vs Gujarat Lions, Sunrisers Hyderabad lost wickets at regular intervals but a masterful 93-run knock from David Warner backed up by a quick-fire cameo from Bipul Sharma guided SRH to their maiden IPL final.

Comments
Topics mentioned in this article
Sunrisers Hyderabad David Warner Shikhar Dhawan Ashish Nehra Mushfiqur Rahman Bhuvneshwar Kumar IPL 9 Cricket
Get the latest updates on Fifa Worldcup 2022 and check out  Fifa World Cup Schedule, Stats and Live Cricket Score. Like us on Facebook or follow us on Twitter for more sports updates. You can also download the NDTV Cricket app for Android or iOS.