Sunrisers Hyderabad are in red-hot form, having secured 14 points from 10 matches by winning seven and losing only three. They will look to cement their position at the top by scoring a comfortable win against Delhi Daredevils in the Indian Premier League. 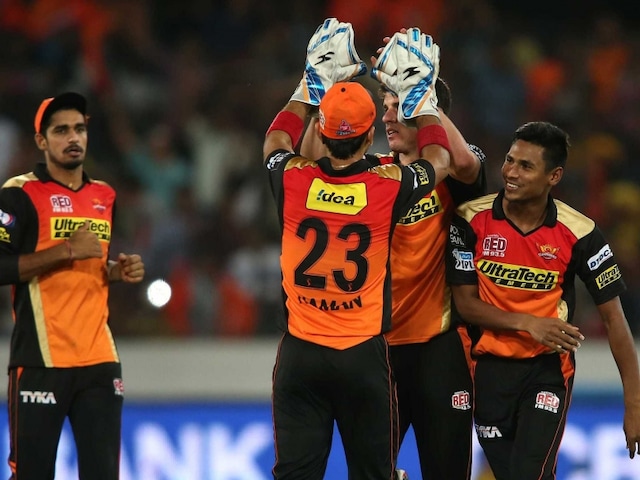 Delhi Daredevils, who are looking to get back to winning ways after two straight defeats, face a stern test as they clash with formidable Sunrisers Hyderabad in an IPL T20 cricket match, in Hyderabad on Thursday.

The home team is in red-hot form, having secured 14 points from 10 matches (winning 7 and losing only 3) and it would look to cement its position at the top by scoring a comfortable win against the Daredevils.

Putting its unimpressive run in IPL history behind, Hyderabad is a well-oiled machine this year with its bowlers and batsmen clicking collectively.

SRH captain David Warner is one of the highest run-getters in this edition and he single-handedly led the team to victory more than once. The other opener Shikhar Dhawan has also been in good form steering the team in the event of his skipper's early dismissal.

Dhawan's 33-run knock in 27 balls went a long way in the team to post 137 in yesterday's match against Rising Pune Supergiants in Visakhapatnam. SRH won the match by four runs despite Adam Zampa's dream spell of six for 19.

SRH also has brilliant batsmen in Kane Williamson, Moises Henriques and Deepak Hooda and wicket-keeper batsman Naman Ojha in the middle of the batting order.

The lethal bowling attack of Sunrisers, comprising Bhuvneshwar Kumar, seasoned Ashish Nehra, latest pace sensation Mustafizur Rahman and Barinder Sran, is the most-feared in the current edition of the IPL.

It is no exaggeration when somebody pointed out that to play against the sharp SRH bowlers on their home turf is like taking on a crocodile in waters.

The visitors are currently ranked fourth in the points table with 10 points coming their way from nine matches.

However, the DD, mentored by Rahul Dravid, has not faltered on its basics as could be seen in its impressive run.

It has some some top class players in its ranks like Quinton de Kock, captain Zaheer Khan, wicket-keeper batsman Sanju Samson and top-order player Karun Nair.

Delhi would hope Zaheer provides early breakthroughs. He has also been impressive in the death overs in some of the matches.

Youngsters Samson and Rishabh Pant will need to play big knocks to make an impact.

DD had rested some of its important players for some matches and it remains to be seen if they come back in the playing XI for the crucial match on Thursday.