David Warner's exploits with the bat and in captaincy helped inspire the young players in the Sunrisers Hyderabad team and this resulted in their maiden Indian Premier League triumph, according to team mentor VVS Laxman. 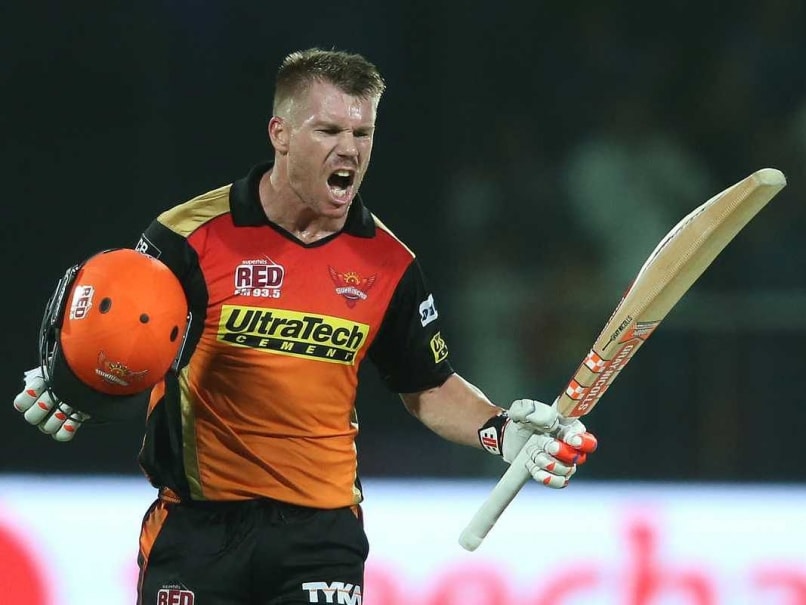 David Warner smashed 848 runs as he led from the front to give Sunrisers Hyderabad their maiden IPL title.© BCCI

Sunrisers Hyderabad mentor VVS Laxman has lauded the captaincy of David Warner who led from the front to guide his team to a maiden Indian Premier League title, saying that the Australian inspired the side's youngsters.

"I think he led from the front. He is an inspirational character who is very positive and aggressive at the same time. His nature has rubbed off on a lot of youngsters. But the way he has batted, despite being under pressure of being one of the most important members in the side, has been phenomenal," Laxman told the tournament website after Sunrisers upstaged Royal Challengers Bangalore in the final here last night.

Warner was the leading run-getter for his team with 848 runs in the competition at an average of 60.57, including nine 50 plus innings.

Laxman felt Warner made an all-round difference while leading the team and not just with his batting.

"He has had an impact on each and every outing. I think he is a bowler s captain; giving freedom to bowlers, especially when things are not going your way, you need your captain to back you and that s what our bowlers got from their captain. He is also not an experienced captain, but the way he has led the team has been sensational. I hope that he keeps on continuing that. He is a match-winner and a great person to lead us," he said.

Sunrisers were dealt a big blow with the pullout of an injured Ashish Nehra but other bowlers rose to the occasion.

Mustafizur Rahman impressed in his first IPL season and the season also saw a fitter and more accurate Bhuvneshwar Kumar, who ended up as the highest wicket-taker in the tournament with 23 wickets. Left-arm pacer Barinder Sran too contributed significantly to the team's cause.

"We were very clear when we went into the auction that we wanted to have quality bowlers in our side. Over the years we have realised that it is the bowlers who ultimately win you matches and we are very fortunate to have a lot of quality bowlers, who are not only defensive, but also attacking bowlers who look to take wickets.

"Ashish Nehra was fantastic for us at the start of the tournament; unfortunately we lost him because of injury.

Yuvraj Singh came back from an injury, and both he and Nehra, have been leaders within the group. But the way Bhuvneshwar Kumar and Mustafizur Rahman have carried the burden of being the strike bowlers throughout the tournament has been incredible.

"In the T20 format we think that it is tough for bowlers to come and perform on flat wickets. But the way Bhuvi picked up wickets with the new ball, then came in the death overs and bowled those accurate yorkers, picked up wickets and restricted the flow of runs, was brilliant," Laxman added.

Comments
Topics mentioned in this article
Sunrisers Hyderabad David Warner VVS Laxman IPL 9 Cricket
Get the latest updates on India vs Australia Series, check out the India vs Australia Schedule for 2020-21 and Ind vs Aus live score . Like us on Facebook or follow us on Twitter for more sports updates. You can also download the NDTV Cricket app for Android or iOS.