With the first India vs Sri Lanka T20 International at Guwahati having been washed out, all cricket fans and organisers are hoping for clear skies at Indore. 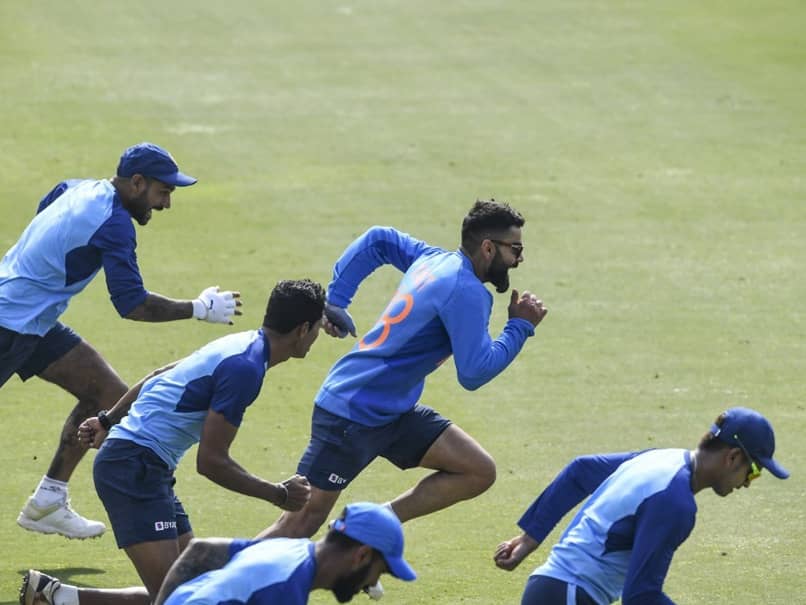 India have been unbeaten at the Holkar Stadium in Indore since 2006.© AFP

The second T20 International (T20I) between India and Sri Lanka in Indore is likely to go through without any interference from the weather. According to accuweather.com, Indore will see intermittent clouds between 1 pm and 3 pm and is expected to be partly sunny after that till 5 pm. The sky is predicted to be mostly clear at 6 pm with slight haze expected to set in after that for the rest of the night. The temperature is likely to be between 22 degrees Celsius at 7 pm, when the match starts and then get gradually cooler.

The precipitation level is predicted to remain at 7% throughout the period of the match.

The first T20I that was scheduled to be held at the Barsapara Stadium in Guwahati, was abandoned due to a damp pitch after rain delayed the match.

That makes the match in Indore even more crucial for the two teams, as a win for either would ensure they do not lose the series.

There will be a lot of focus on Jasprit Bumrah, who is back in the Indian squad after a four-month absence due to a stress fracture. Bumrah had to wait to make his return to the field after the Guwahati T20I was called off and will be raring to go at the Holkar Stadium.

Kuldeep Yadav was picked ahead of Yuzvendra Chahal in the abandoned match in Guwahati and is likely to be selected for the Indore T20I as well, giving Bumrah a chance to go above Chahal and Ravichandran Ashwin to become India's leading wicket-taker in the format.

Ashwin and Chahal have 52 T20I wickets so far while Bumrah is hot on their heels with 51 scalps to his name.

Comments
Topics mentioned in this article
India vs Sri Lanka, 2020 India vs Sri Lanka, 2nd T20I Holkar Cricket Stadium, Indore Cricket
Get the latest updates on IPL 2021, IPL Points Table , IPL Schedule 2021 , live score . Like us on Facebook or follow us on Twitter for more sports updates. You can also download the NDTV Cricket app for Android or iOS.