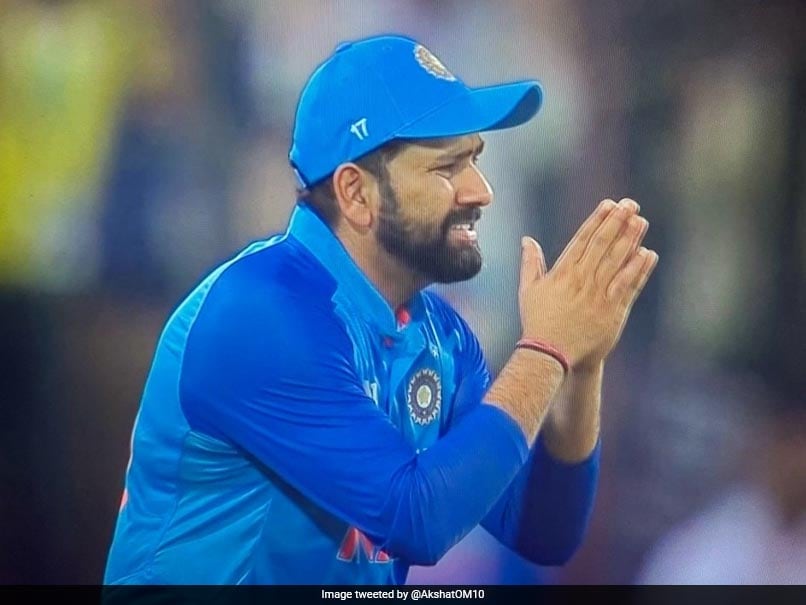 Boundary rope catches aren't the easiest to take. Players have to show not just excellent ability to track the trajectory of the ball but also be aware of the distance between them and the rope. India's Mohammed Siraj couldn't keep this delicate balance as he looked to catch a shot by South Africa's David Miller in the 3rd T20I in Indore on Tuesday.

Coming into the match with the hopes of making an impact with the ball, Siraj didn't have the best of outing as he went for 44 runs in his quota of 4 overs. Siraj didn't have the best day in the field as well. He stepped onto the boundary rope, squandering the opportunity to dismiss South Africa's David Miller. India skipper Rohit Sharma and bowler Deepak Chahar were visibly upset with Siraj for his effort.

Here's the video of the incident:

South Africa put up a stunning show while batting first, putting a gigantic target of 227 runs on the board. Quinton de Kock and Rilee Russow gave put a brilliant partnership of 90 runs for the second wicket after South Africa captain Temba Bavuma (3) was dismissed for cheap again.

After De Kock departed for 68 off 43, Roussouw continued to pile runs at one end, scoring 100 off just 48 balls. He remained unbeaten while David Miller produced a fine cameo of 19 runs off 5 balls.

Listen to the latest songs, only on JioSaavn.com
Sponsored by Vuukle

Chasing the gigantic target, India could only muster up 178 runs. Dinesh Karthik was the top-scoring batter for the Indian team, scoring 46 off 21. Deepak Chahar and Umesh Yadav produced a few fine shots at the end, but the target was too big.

Rohit Sharma Deepak Chahar India vs South Africa 2022/23 Cricket
Get the latest updates on Fifa Worldcup 2022 and check out  Fifa World Cup Schedule, Stats and Live Cricket Score. Like us on Facebook or follow us on Twitter for more sports updates. You can also download the NDTV Cricket app for Android or iOS.