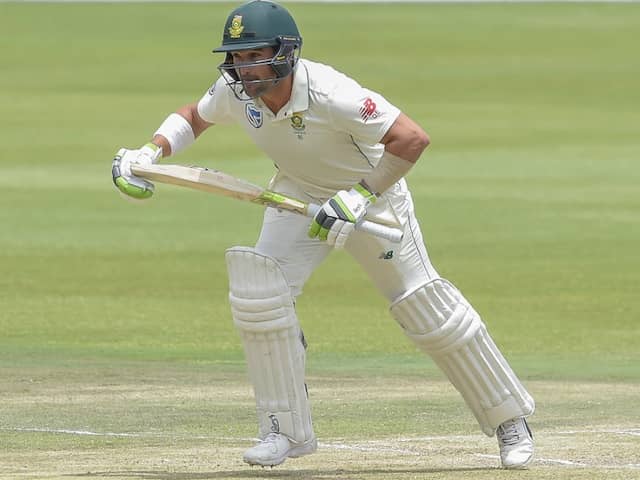 South Africa finished the day at 39 for three after Ravichandran Ashwin and Ravindra Jadeja helped India finish on top in the first Test on Thursday. Earlier, India declared their first innings for 502 for seven after Mayank Agarwal converted his maiden Test century into a double hundred. Dean Elgar, bowling his first over in the match, picked up the priced scalp of Mayank Agarwal for 215. Rohit Sharma was stumped off the bowling of Keshav Maharaj on 176. India skipper Virat Kohli failed to get a big score as he top-edged one straight into the hands of debutant Senuran Muthusamy.  Paceman Vernon Philander bowled Pujara on the first delivery of the second session. Agarwal stayed firm to pile pressure on the South African bowlers in a session extended to make up for time lost to a thunderstorm on Wednesday. (Scorecard)

South Africa Cricket Team India vs South Africa, 2019 India vs South Africa, 1st Test Live Score Live Cricket Score Cricket
Get the latest Cricket news, check out the India cricket schedule, Cricket live score . Like us on Facebook or follow us on Twitter for more sports updates. You can also download the NDTV Cricket app for Android or iOS.