Naman Ojha Not Sure About His Place in The Test Team

Naman Ojha, who scored a patient half-century against South Africans in a warm-up match, said his knock against the visitors will help him gain confidence 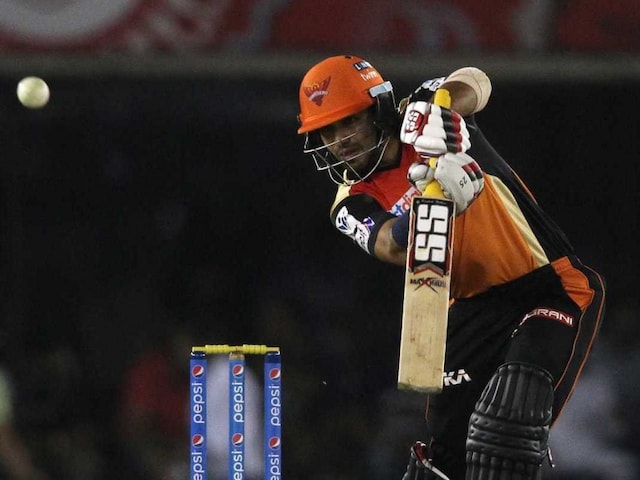 Naman Ojha played in only one Test in the Sri Lanka series.© BCCI
Mumbai:

Ojha made a valiant 52 against a potent Proteas attack led by Dale Steyn, who got the wicketkeeper caught by Hashim Amla.

"I have been playing for a long time in domestic cricket, so I have learnt from my mistakes and the mistakes I made in Sri Lanka. I will not get out through my mistakes," said the Madhya Pradesh player after his 80-ball knock, laced with 7 fours and a six, at the Brabourne Stadium here.

Ojha's fifty, opener Lokesh Rahul's 72 and two 40-plus innings by Karun Nair and Hardik Pandya helped the Board XI stage a grand rally from a poor beginning, 27 for 3, to end up with a decent first innings total of 296.

Ojha, 32, was batting well in his debut Test innings against Sri Lanka in the third match of the series at the SSC ground before he got a rush of blood and got out to off spinner Tharindu Kaushal for 21.

He also made 35 in the second innings in the match in which he replaced injured first choice stumper Wriddhiman Saha.

About today's innings, Ojha said it will give him a lot of confidence for his next stint at the batting crease.

"The knock is important for me and for my confidence in innings building for the season. If you have some runs behind you, it's easy to play next game. It's important for the confidence," said Ojha after the day's play.

He did not want to talk about rivalry for the India Test wicketkeeper's spot with Saha.

"My focus is on performance, if I perform (well) I am going to be happy."

He complimented the South African spin attack against whom he got the majority of his runs today.

"They are all good. Off spinners are good and Imran Tahir. Offie (Harmer) was turning the ball," he said.

"He bowled quick. His line was a bit wayward, but the ball was hitting my hand (gloves) as he was bowling quick."

Comments
Topics mentioned in this article
Naman Ojha South Africa in India Series, 2015 Cricket
Get the latest Cricket news, check out the India cricket schedule, Cricket live score . Like us on Facebook or follow us on Twitter for more sports updates. You can also download the NDTV Cricket app for Android or iOS.