From a poor start in domestic cricket and IPL to a career-threatening knee injury, from redemption in the 2014-15 Ranji season to an India call-up, it has been a roller-coaster journey for Karnataka left-arm pace bowler Sreenath Aravind. 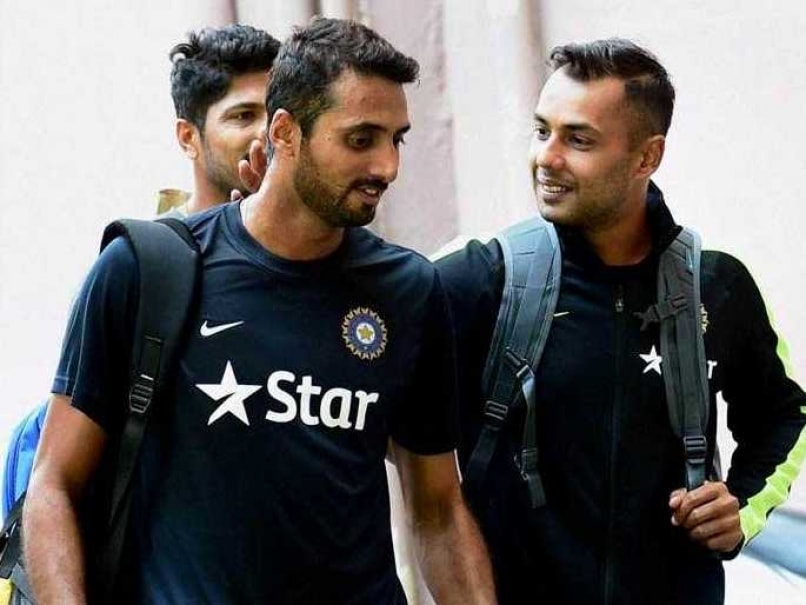 Sreenath Aravind was selected in the Indian squad for the home ODIs against England in 2011 but failed to get a game.© PTI
Bangalore:

Sreenath Aravind is a gutsy cricketer. This is demonstrated by the fact that a career-threatening road accident did not break his will. His first steps on the big stage were promising. Representing Royal Challengers Bangalore in IPL 2011, Aravind was the highest wicket-taker for the team with 21 wickets in 13 games. He was selected for the 2011 ODI series against England but he failed to get a game. (Gurkeerat Singh and Sreenath Aravind - New Kids on the Block)

After a decent start, the bad times started. A knee injury ruled him out for a month. His bowling suffered and his performances dipped. In the 2012 IPL, Aravind played just one game against Rajasthan Royals but he was smashed for six fours in one over by Ajinkya Rahane as his three overs yielded 48 runs at an economy rate of 16. (Harbhajan Singh Picked for T20Is vs South Africa)

With insignificant returns in the next couple of seasons, it would have been easy for Aravind to fade away. However, he continued to back himself. He worked immensely hard on his bowling and on his fitness. He soon found redemption.

In the 2014-15 Ranji Trophy, he was the pick of the Karnataka bowlers with 44 wickets in 11 games at an average of just over 18 as Karnataka stormed to the Ranji Trophy title. In the 2015 IPL, he picked up eight wickets, including 4/27 against Kings XI Punjab to continue his improvement.

With Aravind getting selected in the India squad for the three-match T20I series against South Africa, the Karnataka left-arm pace bowler said that he is better prepared this time around than in 2011. He credits the hard yards put in for the rewards after the career-threatening injury.

"Since the injury, I have improved my fitness levels, worked on my bowling action and in getting the right lengths. The work I have put into my fitness has also helped me add a couple of yards of pace in my bowling.

"Now I am much more experienced and I can handle the pressure in the right way. I have reached a place where I am mature enough to put all the pressure aside and focus on what needs to be done," he told in an interview to bcci.tv

Aravind has credited the influence of Zaheer Khan and Mitchell Starc for his turnaround.

"There was one thing Zaheer told me that has stuck with me. He said, 'We, as bowlers, have six balls in an over whereas a batsman, once he gets out, doesn't have another opportunity'. That mindset has helped me be more confident about my own bowling.

"Starc has been very helpful. The most important thing I've learnt from him was how to bowl yorkers effectively based on the wicket you are bowling on," Aravind said.

With the cricket world seeing a blossoming of left-arm pacers like Trent Boult and Starc, Aravind will be a welcome addition to a squad that needs variety in their bowling.

Comments
Topics mentioned in this article
Sreenath Aravind India Cricket Team South Africa in India Series, 2015 Mitchell Starc Zaheer Khan Cricket
Get the latest updates on IPL 2021, check out the IPL 2021 Schedule and Indian Premier League Live Score . Like us on Facebook or follow us on Twitter for more sports updates. You can also download the NDTV Cricket app for Android or iOS.