India ended Day 1 on 231/7 at Feroz Shah Kotla and former South African skipper Shaun Pollock said that it was entertaining day of cricket as the wicket offered something to both batsmen and bowlers. 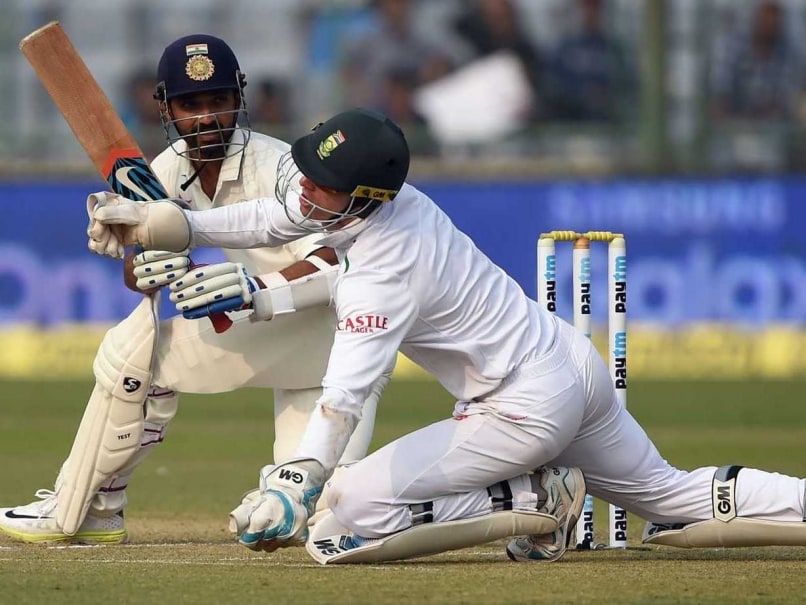 India's Ajinkya Rahane finished on 89 not out as he anchored the innings following a middle order collapse.© AFP
New Delhi:

Former South Africa skipper Shaun Pollock on Thursday lavished praise on the Feroz Shah Kotla pitch, describing it as a "superb" wicket which offered something for both the batsmen and bowlers alike.(Day 1 Report | Scorecard| Highlights)

After the wickets at Mohali, Nagpur and Bangalore drew flak from former cricketers, India and South Africa played the fourth and final Test at the Feroz Shah Kotla track and Pollock said it has been an entertaining day of cricket.

"The first day of the fourth Test has been very entertaining. I think the pitch was superb. It offered a little bit for the batsmen. They could get some runs, the ball came on and they could find the boundaries," he said.

"The pitch also offered plenty of assistance for Dane Piedt. He got some turn and was impressive in his first outing for South Africa in this series.

"From the seamers' perspective, Kyle Abbott was very good. He got the ball to come back and his short deliveries were carrying through nicely," he added.

The former seam bowler stressed that partnerships will be important and the tail-enders will have to contribute if India have to come up with a good score on Friday.

"Going into day-two, it is important for India that they try and bat as well as they can with Ajinkya Rahane. Could he be the first person to get a hundred in this series? We will have to wait and see," he said.

"He has R Ashwin as his partner and I am sure they can stitch together a good partnership. Tail-enders Umesh Yadav and Ishant Sharma will have to play their part and see how many runs they accumulate for India."

Pollock also cautioned the South African batsmen that they will have to apply themselves if they hope to score runs in this wicket against Ravindra Jadeja and Ravichandran Ashwin, who are likely to get assistance from the pitch.

"There is plenty of assistance and I expect Indian seamers to have more of a say this time around. Ravindra Jadeja and Ashwin are going to get some assistance from the pitch and scoring will be difficult if they bowl nice and straight," he said.

"South Africa batsmen have not been impressive in this series and they will be looking to turn that around. They will need to apply themselves."