Ravichandran Ashwin, who was declared the man of the series against South Africa, said the 3-0 win over the Proteas will give the current team the confidence to do well overseas 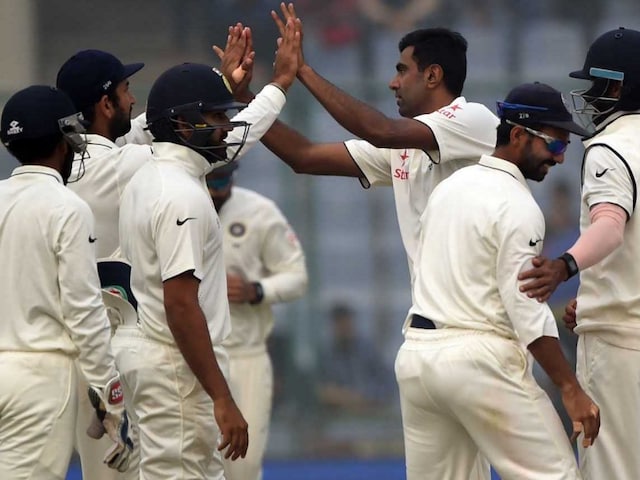 "When we got that last wicket, we could not express ourselves. It was amazing! Everybody was hugging each other and we don't even remember what we were all doing out there. Having beaten a team like South Africa, we have set on a wonderful journey," said Ashwin, who was named man of the series for a record fifth time courtesy his 31 wickets in the four-match series. (Ravichandran Ashwin is My Cricketer of The Year: Sunil Gavaskar)

"I am sure our better days as a team are ahead of us. We will tour overseas soon and I am very hopeful that we will be on the right track there as well. I want to congratulate all the boys who have been on this journey with me. To get another Man of the Series award - I was craving for it, but I didn't know it will come so soon again, after Sri Lanka," he was quoted as saying by 'bcci.tv'. (Ravichandran Ashwin, India's One-Man Demolition Army, En Route to Greatness)

South Africa played with dogged resistance for the first time in the series, scoring 143 in their second innings in 143.1 overs. The marathon effort however was not enough to prevent a whitewash. Ashwin credited South African batsmen for making life tougher for the hosts.

"First things first, you have got to give credit where it is due. They shut shop and showed a lot of discipline. But while they were defending everything, the defence wasn't that great. If there was a bit more bounce or fizz in the wicket, we might have had an edge here and there. Having said that, they assessed the conditions very well; they were very dogged in their defence."

How tough was it to take wickets on the surface and also considering the ultra defensive approach of the batsmen?

"They wanted to bring something out of us. All through the series I was there and thereabouts and wasn't giving anything away. But this innings demanded something more and I was trying to mix it up a bit. I was lobbing an odd full-toss and giving them one up there to get them into the driving mode and see if I can get a nick.

"Jaddu (Ravindra Jadeja) was at his best, bowling the same length all through the game. I tried and adapted myself much better this time because there was nothing in the wicket and even the ball hitting the glove was dropping. To get the batsmen out when they are adamantly defending everything is very tough. So, we had to be imaginative, as we discussed this morning, and I thought my imagination came through in the end," added Ashwin.

Comments
Topics mentioned in this article
Ravichandran Ashwin South Africa in India Series, 2015 Cricket
Get the latest Cricket news, check out the India cricket schedule, Cricket live score . Like us on Facebook or follow us on Twitter for more sports updates. You can also download the NDTV Cricket app for Android or iOS.