Albie Morkel, who played his first T20I since April 2014, picked up three wickets for 12 runs to help South Africa clinch the series vs India. 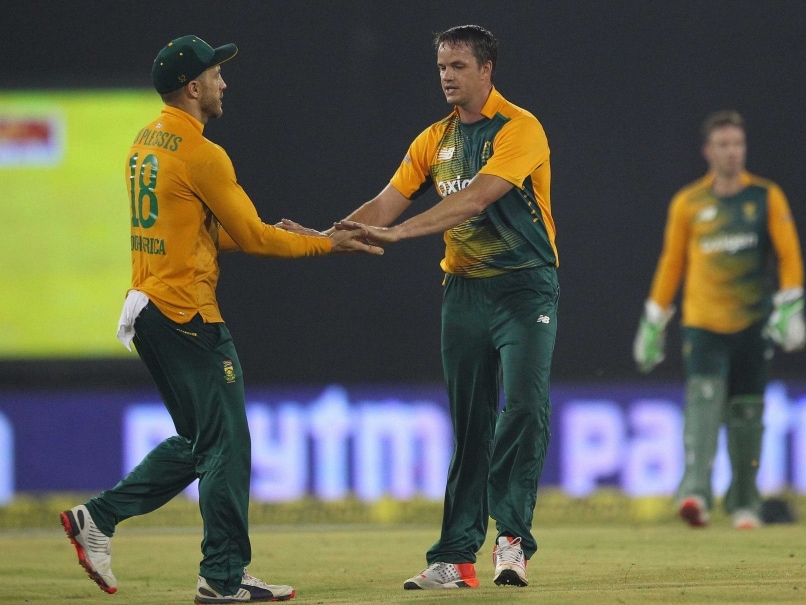 Following their emphatic six-wicket win over India in the second Twenty20 International, South Africa skipper Faf du Plessis heaped praise on his bowlers saying that the performance displayed by them was the best as a T20 team.

Chasing India's total of 92, South Africa crossed the line with six wickets in hand and also took a an unassailable 2-0 lead in the three-match series at the Barabati Stadium here on Monday, the last of which will be played the Eden Gardens on October 8. (Match Highlights | Pics)

"Look, it's an easy job to be a captain when your bowlers perform like that. I reckon it's the best bowling performance we have had as a T20 team," du Plessis said at the post match presentation ceremony. (MS Dhoni Rues Batting Collapse)

Praising his fast bowlers as well as spinners, he said: "Albie Morkel, it's his 50th game, we are really proud of him for playing that many games, he was really clever with his lines. I thought there was great variety in those first six overs." (Cuttack T20 Marred by Unruly Crowd Behaviour)

"Imran Tahir, I'm not sure he's ever bowled in the first six. My thinking was just to try and get wickets. You never try and be too predictable as a bowling unit. Kagiso Rabada bowled four overs on-the-trot. He bowled really fast," said Du Plessis. (Sunil Gavaskar Blasts Odisha Police for Failing to Control Cuttack Crowd Trouble)

Comments
Topics mentioned in this article
Albie Morkel Faf du Plessis India Cricket Team South Africa Cricket Team South Africa in India Series, 2015 Cricket
Get the latest updates on IND vs NZ 2021, check out the Schedule and Live Score . Like us on Facebook or follow us on Twitter for more sports updates. You can also download the NDTV Cricket app for Android or iOS.