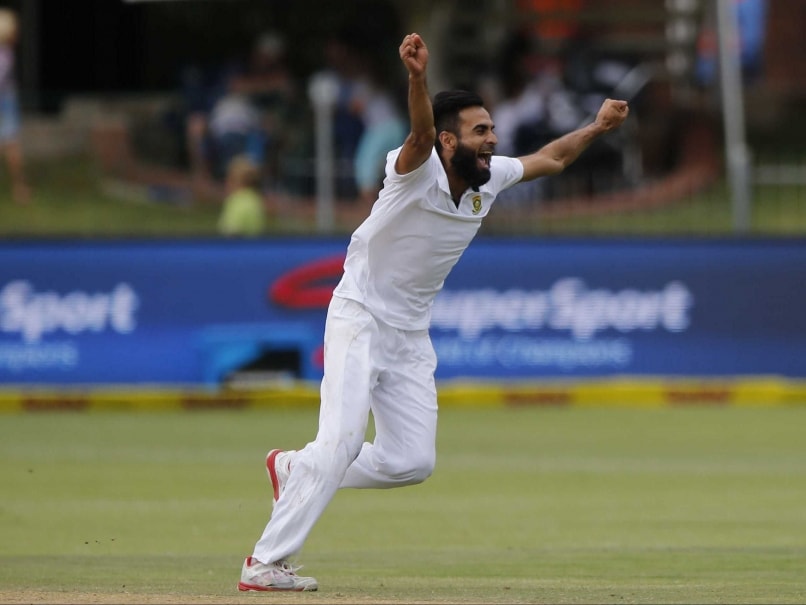 South Africa named Imran Tahir in their 15-man squad for four-match Mahatma Gandhi-Nelson Mandela series in India. Tahir is among the three specialist spinners in the squadÂ alongside Dane Piedt, also returning to the squad, and Simon Harmer. (Click here for latest Cricket stories)

"We want to keep all our options open for the Test Series," commented Cricket South Africa (CSA) selection convener, Linda Zondi. "We also have JP Duminy as an option in this department and I believe we have covered all our bases by having both holding and attacking spin options in our squad. It is good to have Dane back from his injury and Imran was our No. 1 spinner for our last Test series on the sub-continent against Sri Lanka."

Zondi also confirmed that Dane Vilas would retain the gloves in this format. "It is very important that we maintain consistency in our selections and Dane hardly had the chance to make his mark in Bangladesh where the series was so badly disrupted by the weather." (Indian Team for South Africa T20s to be Picked During Series vs Bangladesh A)

Tahir also returns to the T20 squad in the place of Aaron Phangiso while there are also recalls for Chris Morris and Marchant de Lange. "The tour to India is a very long one," emphasized Zondi. "It lasts for more than two months and we can't expect Dale Steyn and Morne Morkel to field too heavy a workload. Chris comes back after a spell out through injury while Marchant has done well at the IPL. It is an ideal opportunity to explore our back-up options ahead of the ICC World Twenty20 which will be played in India. It is vital in this format to get wickets up front.

"Imran is our No. 1 bowler in the T20 format and we need him to play every series between now and the ICC tournament while Eddie Leie will be our second spinner as we want to have another look at what he can do.

"Chris is also a potential candidate for a position as a bowling all-rounder in the ODI team so this is another option we want to explore. We also believe he is well suited to the conditions we will encounter there."

Rilee Rossouw has been ruled out of the T20 squad through injury but should return to full fitness in time for the ODI series. His place in the T20 squad will be taken by new cap, Khaya Zondo. The latter had the second best batting average of 38.50 (behind Quinton de Kock) for South Africa A in the recent triangular ODI series in India and also had the best strike rate of those who played in all four matches (106.94). He will become the 65th player to represent the Proteas in the T20 format.