I Thought I Would Never Play for South Africa Again: Albie Morkel

South Africa all-rounder Albie Morkel picked up three wickets for 12 runs to guide the Proteas to an emphatic six-wicket win vs India in Cuttack. 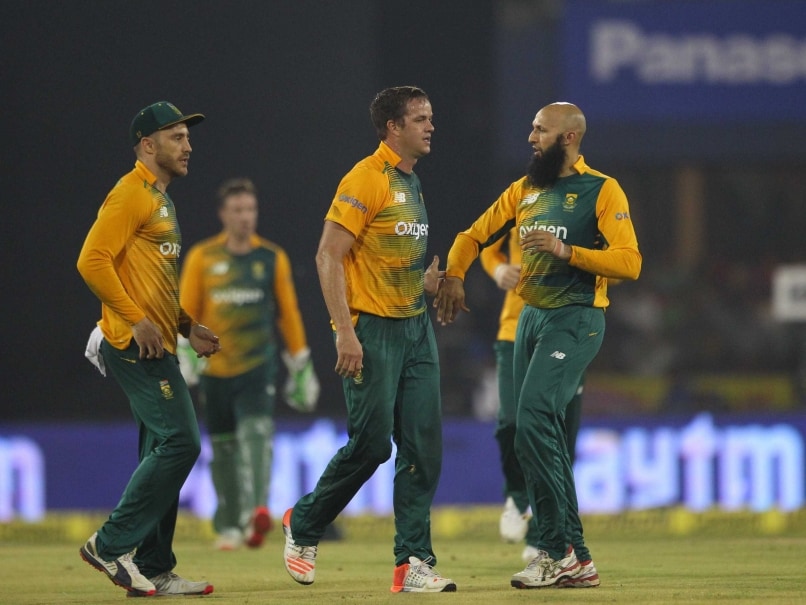 All-rounder Albie Morkel, who was awarded man-of-the-match for his excellent bowling figures which helped South Africa beat India by six wickets on Monday, said that a few months back he thought he would never get the opportunity to play for his country again. (Match Highlights | Pics)

South Africa took an unassailable 2-0 lead by winning the second Twenty20 International of the three-match series at the Barabati Stadium on Monday, the last of which will be played at the Eden Gardens on October 8. Chasing India's total of 92, South Africa crossed the line with six wickets in hand.

J.P. Duminy top-scored with an unbeaten knock of 30, while Morkel returned with figures of 4-0-12-3.

"I think couple of months ago, I thought I would never get the opportunity to play for South Africa again, this is my 50th cap. I'm just happy to have played a small part in the series win. Fielding plays a massive role in T20 cricket," Morkel said at the post match-presentation ceremony. (MS Dhoni Rues Batting Collapse)

"I arrived on Friday, during the first T20. One practice session, but it's nice, it often works out that way, not too much thinking, just come in and play," he said. (Faf du Plessis Heaps Praise on Albie Morkel)

The 34-year-old all-rounder added: "We got two of their big guns with two fantastic run-outs. We got wickets anyway, but throw in those run-outs, and that really put us on top." (Cuttack T20 Marred by Unruly Crowd Behaviour)

Morkel said he expects India to come back strong in the last T20 match in Kolkata.

"They are a world-class unit, we know what they can do. The series is done now, but I expect them to bounce back in Kolkata," Morkel said. (Sunil Gavaskar Blasts Odisha Police for Failing to Control Cuttack Crowd Trouble)

Comments
Topics mentioned in this article
South Africa Cricket Team India Cricket Team Albie Morkel South Africa in India Series, 2015 Cricket
Get the latest updates on IND vs NZ 2021, check out the Schedule and Live Score . Like us on Facebook or follow us on Twitter for more sports updates. You can also download the NDTV Cricket app for Android or iOS.