I Have Grown in Confidence After Kotla Test: Umesh Yadav

Umesh Yadav produced one of the best spell of fast bowling during India's fourth and final Test against South Africa Test that saw him snare three wickets in six overs in the final session at the Feroz Shah Kotla on Monday. 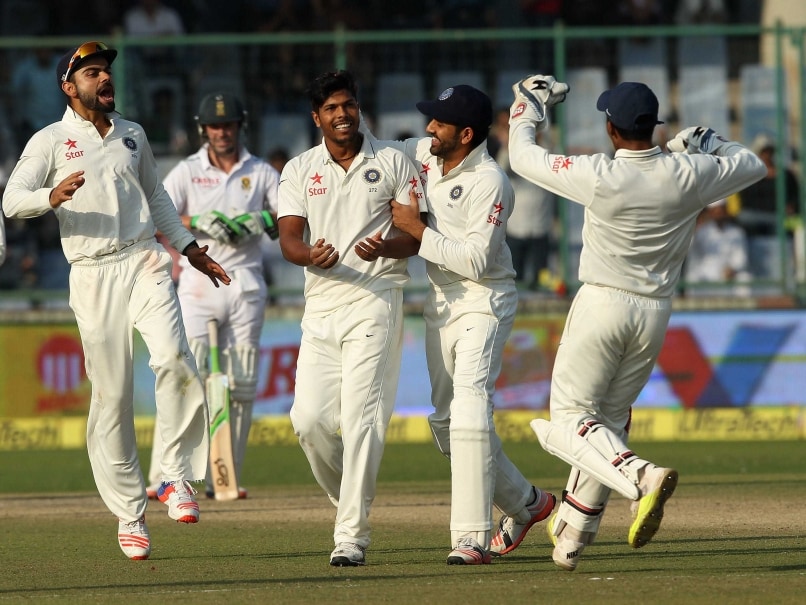 Umesh Yadav's fiery spell right after tea helped India end South Africa's vigil in the fourth Test and that spirited effort has given the fast bowler much needed confidence in what has been a start-stop career for the Vidarbha pacer.

Yadav on Monday produced a lethal spell of fast bowling that saw him snare three wickets in six maiden overs in the final session. He ended with figures of 21-16-9-3.

"Throughout my Test career, I have played a match here or a couple there; never really had a few games on a stretch. But after this spell, my confidence has gone really high. I felt that whatever I have learnt so far, whether while playing Test cricket or going back to domestic cricket, I could make it count in this spell," said Yadav.

"I told myself that this is the last Test match I am going to play for the next six months," he was quoted as saying by bcci.tv.

"And this moment - the chance to beat South Africa 3-0 by winning a Test like this - will never come back again. I knew that one wicket would open things up for us. All I wanted was that one wicket." (Also Read: Kotla Win Most Special, Says Kohli)

Yadav removed Dane Vilas and Kyle Abbott with fast inswingers before getting Dane Piedt caught behind to set up a 3-0 series victory at Kotla.

"We had a word in the dressing room during the tea break that it won't be a bad idea to bowl with a slingy action, because it would help me swing the ball more," he revealed. (Why Malign India's Pitches? Wasn't South African Batting Diabolical?)

"I tried it and it worked - I got the ball to reverse more than usual because of that action. Also, since it was swinging late, the batsmen were confused whether it would come in or go away."

Comments
Topics mentioned in this article
FIFA Football India Cricket Team South Africa Cricket Team South Africa in India Series, 2015 Umesh Yadav Cricket
Get the latest updates on IPL Auction 2023 and check out  IPL 2023 and Live Cricket Score. Like us on Facebook or follow us on Twitter for more sports updates. You can also download the NDTV Cricket app for Android or iOS.