Gurkeerat Singh Mann and Sreenath Aravind got their maiden call-up into the Indian team when they were picked for the ODIs and T20Is respectively in the upcoming home series against South Africa. 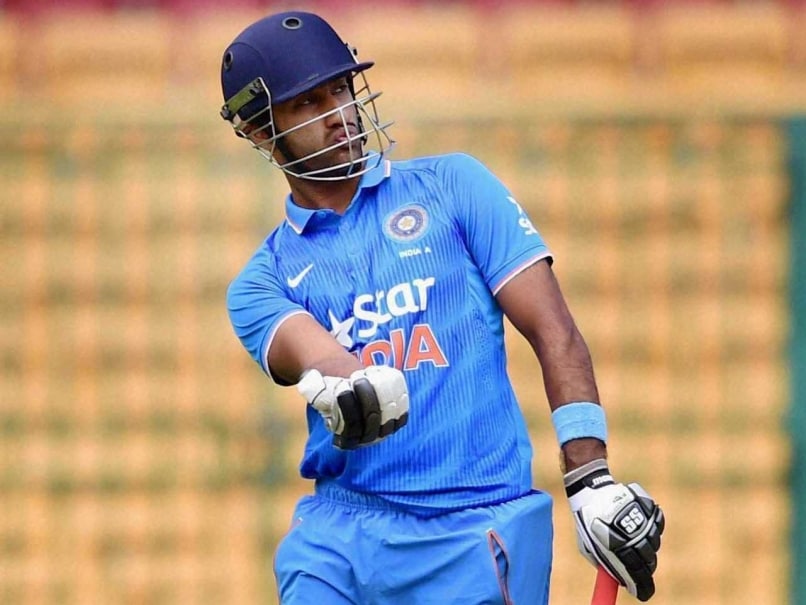 Gurkeerat Singh will be looking to make an impression in the ODIs vs South Africa.© PTI

When the Indian T20I and ODI squads were announced on Sunday for the South Africa series, two new faces cropped up in the midst of the established names. Gurkeerat Singh Mann and Sreenath Aravind got their first shot at national duty when their names were included among the chosen 15. The former was picked for the first three ODIs while the latter was selected for the three-match T20I series.

M.S. Dhoni retaining captaincy was no major surprise while Harbhajan Singh's inclusion in the T20I squad means that he gets another lifeline to prove himself. Ravindra Jadeja's exclusion was a bit of a shock, but even in the middle of all that, the fact that fresh blood was being injected into the Men in Blue, could not be ignored.

The 25-year-old Gurkeerat has had a good run of form off late. He scored 65 and took five for 29 for India A in the first unofficial ODI vs Bangladesh A. He also hit an unbeaten 87 against Australia A a month back. With a first-class average of 43.50 and List A average of 47.55, this Punjab-lad has certainly earned his stripes to be among the big boys. He currently plays for Kings XI Punjab in the Indian Premier League.

Aravind may not be a spring chicken at 31, but the left-arm pacer may be more than a handful on the Indian pitches in the T20 format. He picked up three wickets in the second unofficial ODI against Bangladesh A. While playing for Royal Challengers Bangalore, Aravind has been known to keep it tight at one end and pick up the odd wicket or two. His first-class career boasts of 130 wickets from 41 games along with 40 scalps in 24 List A matches. He may be a late starter, but better late than never for this Karnataka man.

How this duo will fit into their respective set-ups remains to be seen. If they are lucky to get a game, it will an opportunity to rub shoulders with some class players on both sides. Not to mention the fact that it is a chance for them to display their talents on a bigger stage.

Perhaps the message the selectors are sending to Team India is that they are ready to look for talent elsewhere if necessary. Also, age is not a factor if the player concerned is deserving a place in the national team.

Come October 2, a tough series gets underway. While all eyes will be on the big guns like Dhoni, Virat Kohli, Shikhar Dhawan etc, Gurkeerat and Aravind have a chance to grab the stage for themselves and impress the fans. Their talent is not in doubt, but what needs to be seen is if it can be converted into performance. However, while one must be realistic of their chances of making it big, one cannot completely rule them out from the scheme of things. While these two may be the new kids on the block in the Indian team, they are certainly no less competitive.