South African bowling coach believes that at the moment Rohit Sharma is batting well and is a dangerous player in Indian conditions. 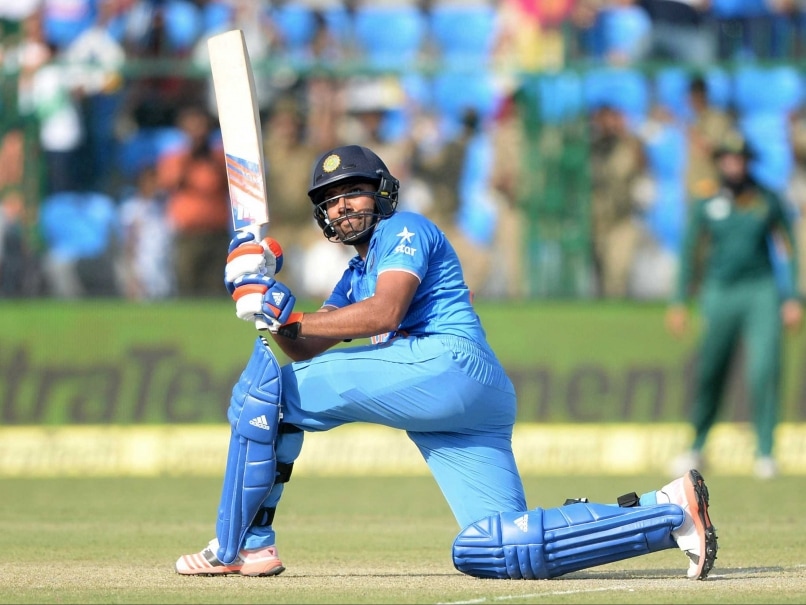 They might be unbeaten in the tour so far, but form of Indian batsman Rohit Sharma's is giving South Africa sleepless nights and the visitors are planning to get the marauding right-hander out of their way in the first 10 balls itself in the second One-Day International in Indore. (India vs South Africa: Litmus Test Awaits MS Dhoni and Co. in Second ODI Against Proteas)

"At the moment he (Rohit) is really batting well. He bats well in Indian conditions. He is a great player. The first 10 balls to him are important. You need to try and get him out in the first 10 balls. We will probably look to bowl the glory ball. He is one of those players who kicks on if he gets past 20," Langeveldt told reporters in the pre-match press conference at the Holkar Stadium.

Happy with South Africa's performance so far in the tour, Langeveldt said adaptability is key to success for any team in Indian conditions. (India Will Turn to 'Lucky' Holkar Stadium to Draw Level Against South Africa)

"So far it has been great. We had three wins. In the last 10 overs (in Kanpur) we were looking down the barrel but we did very well to come over the line and win the game," the former fast bowler said.

"The tour is still very long. We had just three wins but India is a strong team. In India you will go for runs so the main thing is always to compete. We need to compete in every ball. If you go for 6 in one ball then you should compete in the next ball. These are not easy conditions to bowl at. So if we are competing in every ball there is a good chance, we might win the game," said Langeveldt, who replaced Allan Donald earlier this year as South Africa's bowling coach.

"If we assess the conditions quick enough, we try to change things. We just don't bowl yorkers in the death overs. The guy that adapts quickly will get success quickly. In training as well our focus is on bowling everything."

"We have been really working hard. In the past there were instances when we lost big moments. We are not trying to change a lot and probably we will go with the same seam attack. In India you are going to go for runs. So if you can control the last 5 and first 10 overs, then you can win games," he added. (Bowling to Mahendra Singh Dhoni in The Last Over Was Kagiso Rabada's 'High Pressure' Moment)

Langeveldt also said that there are doubts over middle-order mainstay Faf du Plessis' availability as he is down with a knee problem from which he recovered just before the India tour.

"He (Du Plessis) is having a fitness test today. We will make a decision on him tomorrow," the coach said.

Comments
Topics mentioned in this article
Rohit Sharma South Africa in India Series, 2015 Charl Langeveldt Faf du Plessis Cricket
Get the latest updates on IPL 2021, IPL Points Table , IPL Schedule 2021 , live score . Like us on Facebook or follow us on Twitter for more sports updates. You can also download the NDTV Cricket app for Android or iOS.