According to the Board of Control for Cricket in India (BCCI) president Shashank Manohar, terming Nagpur Pitch poor was a subjective decision taken by the match referee Jeff Crowe and should have considered the fact that one spinner could get more turn than another. 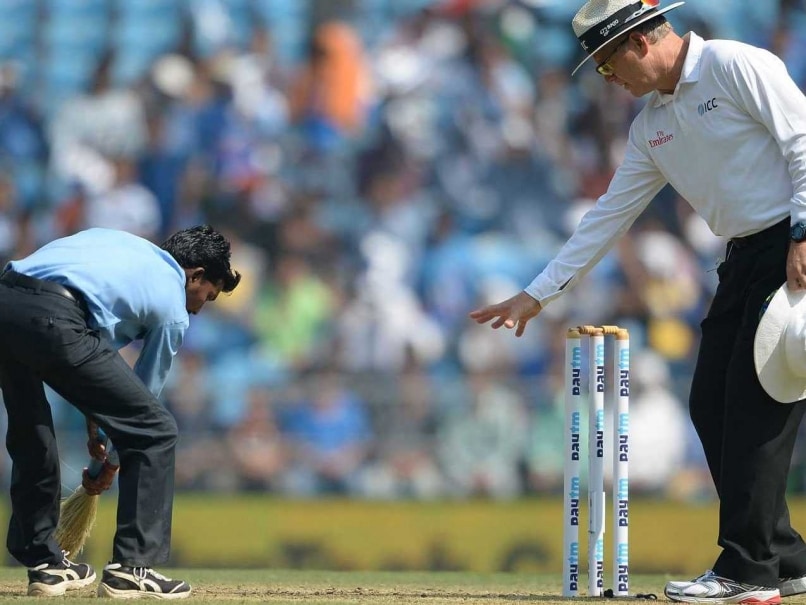 Match referee Jeff Crowe had stated excessive spin on the third day of the game and uneven bounce in his report.© AFP

The Board of Control for Cricket in India (BCCI) president Shashank Manohar said that the Board will abide by the International Cricket Council decision of rating Nagpur pitch as "poor" but at the same time termed the inference on the nature of the wicket being a "subjective decision" by ICC match referee Jeff Crowe. (India vs South Africa: 'Poor' Nagpur Pitch Warned by International Cricket Council)

India beat South Africa by 124 runs at Jamtha in Nagpur where the match ended in two and half days with Ravichandran Ashwin getting 12 wickets. Later ICC match referee Jeff Crowe reported against the Nagpur track and finally ICC rated it as "poor" and let Nagpur off with a warning.

"The ICC framed rules with regards to poor wickets. There are four categories. 'Excellent', 'Good', 'Poor' and 'Dangerous' wickets. In regards to 'Poor' wicket, they have said excessive spin or excessive seam movement, the wicket is considered to be poor," Manohar told fans during a live interaction on BCCI's official Facebook page.Â (Shastri Flays Pitch Critics)

"In case of Nagpur, Match Referee stated "Excessive spin on the third day of the game and uneven bounce". According to me, this is subjective decision taken by Match Referee. The decision may vary whether there is uneven bounce or whether the wicket is spinning more than what it's supposed to be.Â (Board of Control for Cricket in India Feels 'Nothing Wrong' in Nagpur Pitch: Reports)

"It may be that one spinner gets more turn than another. These factors need to be taken into consideration. Finally, ICC has taken a decision, we would abide by that decision," said Manohar, who fielded around 30-odd questions from cricket fans.

The BCCI president also refuted allegations that his home centre Nagpur and secretary Anurag Thakur's centre Dharamsala have got preferential treatment on allotment of matches during upcoming World T20.

"When it was decided that India would host ICC World T20, BCCI offered eight venues but ICC wanted only five because of cost constraints. Our secretary Anurag Thakur during ICC Annual Meeting in Barbados clearly told ICC that BCCI would not agree to less than 8 venues.

"Now on paper, Dharamsala and Nagpur are hosting more matches but it also includes the qualifiers that will be played by Afghanistan, Oman, Hong Kong, Scotland etc. But as far as main draw is concerned, matches have been distributed equally. Because of cost constraints, ICC wanted to hold qualifying matches at two venues. Dharamsala and Nagpur provide the cheapest options in terms of hotel, transportation. Also teams will stay in one venue for 8 days," he said.

The BCCI president also said that an Indo-Pak series is "more complex" where the decision is not only dependent on the two particular cricket boards.

"As you are aware, the BCCI and PCB agreed to play a series. The issue is a complex one and not dependent only on two boards. It would be a political call that needs to be taken by India and Pakistan governments. I am sure when situation is conducive, a full-fledged series will take place," the president assured. 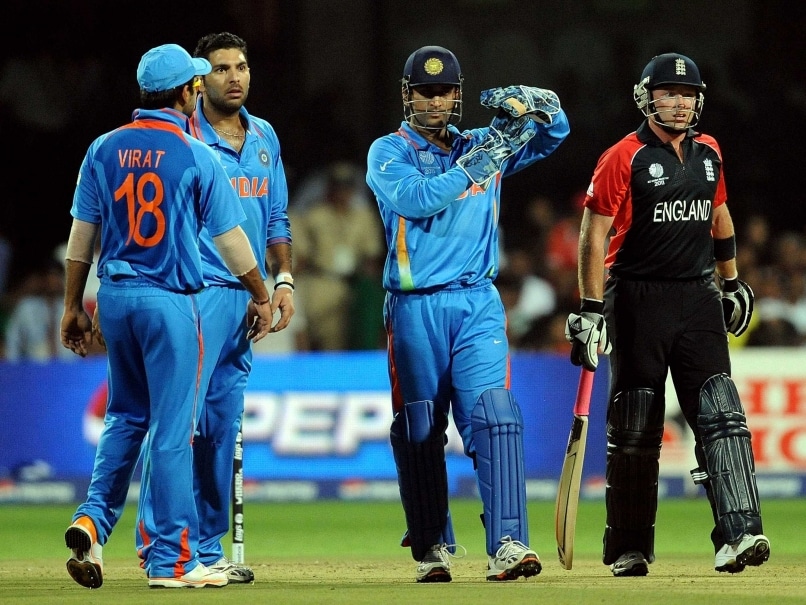 Shashank Manohar believes the only bone of contention for BCCI was with the LBW decision.Â

DRS not acceptable until and unless its foolproof

Manohar also said that the recent experiment of 'Day/Night' Test between Australia and New Zealand is something that needs to be seen whether it can bring back people in the stands for Test cricket.

"In earlier days, there was no television and one format was played. To top it, one venue would host one Test match in two years. So people far away from 500 miles would come to the stadium to watch.

"Now people do not have that time. But after the recent D/N Test between Australia and New Zealand with pink ball, we need to see if things improve. If it does, people may spare time in the evenings for Test cricket," the ICC chairman said.

He also said that DRS in its current form is not acceptable to BCCI as the leg before decision in the system is not foolproof.

"Actually telling truth, BCCI was never against DRS, right from my earlier tenure. Only issue was with lbw being decided by DRS. For everything else, we accepted but ICC told us that either we accept it in full or not. We are not even willing to accept it for lbw," Manohar said and then explained it in detail.

"You shoot it from distance and a Parallax (displacement in apparent positional shift of an object viewed from a distance) developes. Now umpire is imagining the bounce and then a person sitting behind the camera can decide and going to put his imagination in it. In 2011, when we had the meeting, the person in charge of DRS was not able to satisfy our queries. So till it is not foolproof, we would not accept it."

Manohar mentioned that it would not be possible to prepare fast, bouncy wickets all over India due to nature of soil and atmospheric conditions but they would have more U-19 and A tours of Indian youngstres to prepare them for future tours.

"The appointment of TA Sekar and Narendra Hirwani for National Cricket Academy under Dilip Vengsarkar's guidance is to improve the fast bowling and spin talent pool."

On a personal note, Manohar named 'Tiger' Pataudi as his favourite Indian captain while naming Sir Gary Sobers as the greatest cricketer according to him.

Comments
Topics mentioned in this article
India Cricket Team South Africa Cricket Team BCCI Vidarbha Cricket Association Stadium, Nagpur South Africa in India Series, 2015 Cricket
Get the latest updates on IPL Auction 2023 and check out  IPL 2023 and Live Cricket Score. Like us on Facebook or follow us on Twitter for more sports updates. You can also download the NDTV Cricket app for Android or iOS.