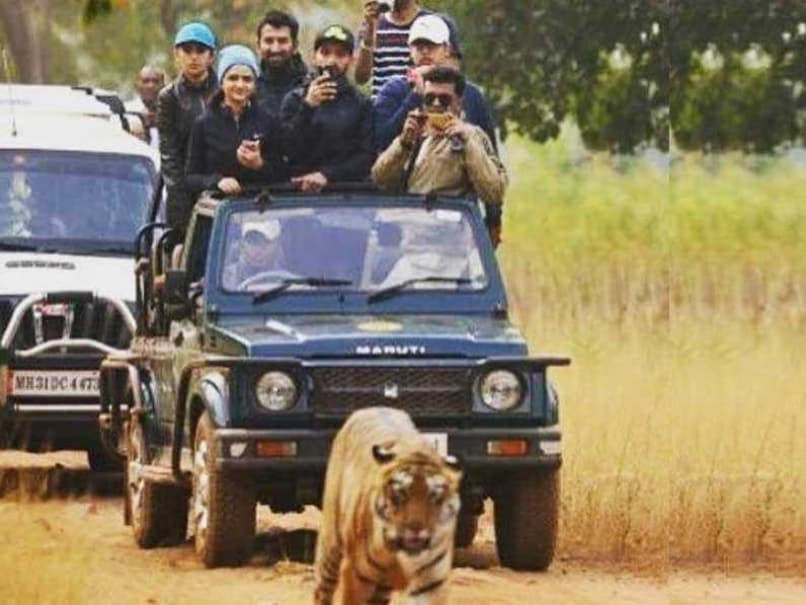 Excitement, not in the ground, but amidst magnificent fauna in the lap of nature, got the better of a group of cricketers, as they visited wildlife sanctuaries near here, post the third match in the four-Test series between India and South Africa. (Video Courtesy: Ajinkya Rahane Instagram)

Lucky to witness this beauty or lucky to live to tell the tale.?? .. #dontcare unreal feeling to be so close to a tigress

The cricketers and their WAGs were particularly thrilled at the sight of tigress 'Tara' and its majestic gait. They followed the big cat in their vehicle and captured the moments in their cameras and mobile phones. It was an unforgettable moment for the players in the Jamunbodi core area, Forest department officials said.

Pace bowler Varun shared his special moment on twitter when he came close to a Tiger.

When you get just a meter away from the beast...#majestic#tadoba pic.twitter.com/oxvBPyUhK7

Former South Africa captain Shaun Pollock, Morne Morkel and Kyle Abbott sighted 'Jai', a big-sized tiger, and the most famous one in the UKWS. The teams are scheduled to leave on Tuesday for New Delhi for the fourth and final Test match of the series, starting December 3, Vidarbha Cricket Association (VCA) sources said.

Sponsored by Vuukle
Comments
Topics mentioned in this article
Ajinkya Rahane Cheteshwar Pujara Murali Vijay Varun Aaron India Cricket Team South Africa Cricket Team South Africa in India Series, 2015 Cricket
Get the latest updates on IPL Auction 2023 and check out  IPL 2023 and Live Cricket Score. Like us on Facebook or follow us on Twitter for more sports updates. You can also download the NDTV Cricket app for Android or iOS.