Watch: New Zealand Opener Will Young Gets Dismissed As He Fails To Review Decision In Time On Day 4 Of India vs New Zealand 1st Test In Kanpur

IND vs NZ: Opening batsman Will Young was unlucky to be dismissed LBW in the second innings towards the end of the fourth day's play of the ongoing 1st Test against India on Sunday. 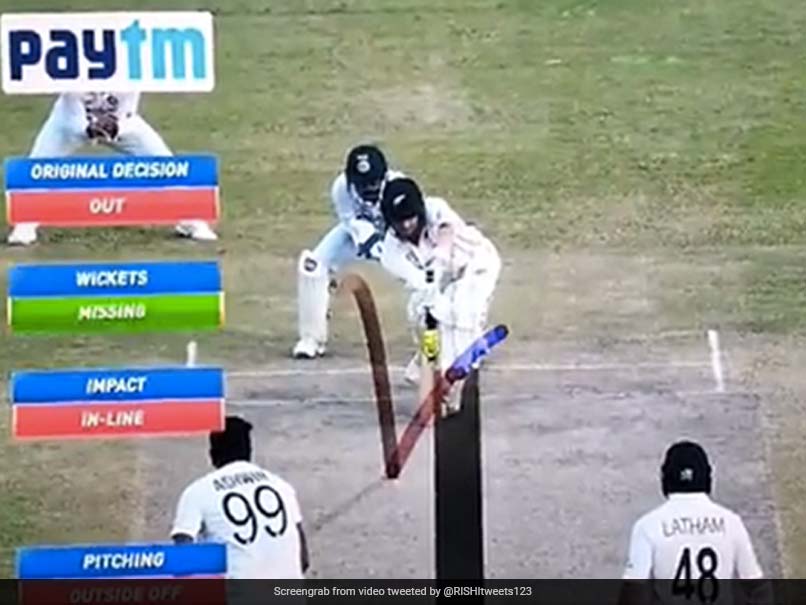 New Zealand opening batsman Will Young was unlucky to be dismissed LBW in the second innings towards the end of the fourth day's play of the ongoing 1st Test against India on Sunday. But a part of the reason was Young and opening partner Tom Latham's inability to react and decide early on whether they should review the on-field umpire's decision. Young was adjudged LBW off a Ravichandran Ashwin delivery. The ball was spinning sharply and Young was hit on the front foot.

The batsman reviewed after a brief discussion with his opening partner Latham, but his appeal was rejected as he did not take the review in time and had to unfortunately walk back to the dugout.

The replay also showed that the ball was drifting down the leg side.

It was a big blow for the Blackcaps as Young had played a good hand in the first innings and looked very much in form. New Zealand need 280 runs to win the first Test on Day five and take a 1-0 lead in the two-match Test series, but have 9 wickets in hand with an entire day to play. New Zealand will resume play on day five at 4/1.
Earlier, India had declared their second innings at 234/7, leading the Kiwis by 283 runs. Shreyas Iyer (65) and Wriddhiman Saha (61*) scored gritty half-centuries as India managed to recover from a tricky situation on Sunday, following a top-order collapse.

For the Black Caps, Tim Southee and Kyle Jamieson were the pick of bowlers with three scalps each to their name. Meanwhile, Ajaz Patel also took a wicket.

Initially, India had put 345 runs in the first innings, thanks to Iyer's maiden Test ton on his debut appearance in the longest format of the game.

In reply, New Zealand couldn't capitalise on the brilliant start given by openers Latham (95) and Young (89) as the Kiwis were bowled out for 296, thanks to Axar Patel's five-wicket-haul.

Wriddhiman Saha Green Park, Kanpur India vs New Zealand 2021 India vs New Zealand, 1st Test
Get the latest updates on SA vs IND 2021-22, check out the Schedule and Live Score . Like us on Facebook or follow us on Twitter for more sports updates. You can also download the NDTV Cricket app for Android or iOS.