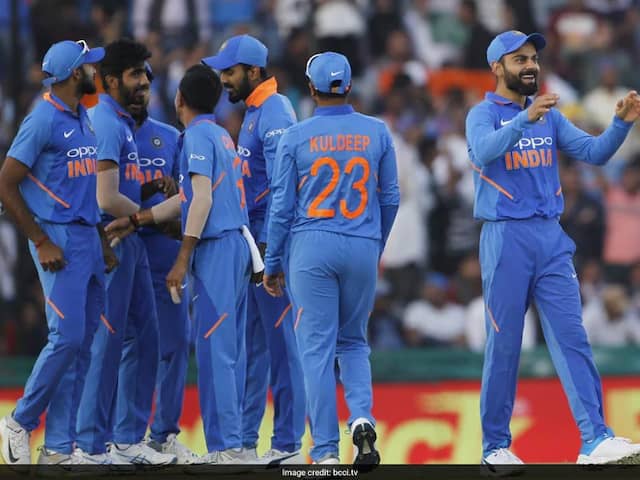 India vs Bangladesh: India have never lost a T20I game against Bangladesh.© BCCI

India vs Bangladesh Twenty20 International (T20I) series will begin at Arun Jaitley Stadium in New Delhi on November 3. India and Bangladesh have so far played eight T20Is out of which Bangladesh have not won a single game. The rivalry between the two Asian sides in the shortest format began way back in 2009 when they played each other during the ICC World T20 in Nottingham. Having lifted the trophy in the inaugural edition, Indian team entered the tournament with abundance of confidence and defeated Bangladesh by 25 runs. India's next T20I match against Bangladesh took place during the 2014 World T20 which Bangladesh hosted. India registered a comfortable eight-wicket victory, making it two wins from two games.

India and Bangladesh next met in the 2016 Asia Cup which was also played in Bangladesh. India won that match by 45 runs, with Rohit Sharma winning the player of the match trophy for his quick-fire 83.

India continued their same exceptional performance against their eastern neighbours in the next five matches and won each of them.

Out of the eight matches between the two sides, Dhaka and Colombo have hosted the maximum number of matches, three games each, while the other two matches were played in Nottingham and Bengaluru.

In fact, India have never hosted Bangladesh for a bilateral T20I series at home. The only time they played them at home was during a World T20 game in 2016, which India won by just one run.

This was the closest game between the two sides as it went till the very last ball. Bangladesh, needing only two runs from last three balls, lost the match from a position of strength as they couldn't score a single run losing wickets on all three deliveries.

Bangladesh Cricket Team India vs Bangladesh Cricket
Get the latest Cricket news, check out the India cricket schedule, Cricket live score . Like us on Facebook or follow us on Twitter for more sports updates. You can also download the NDTV Cricket app for Android or iOS.