Mahmudullah said that Shakib Al Hasan indeed "made a mistake" but at the same time believes that his longtime teammate "has not committed a crime". 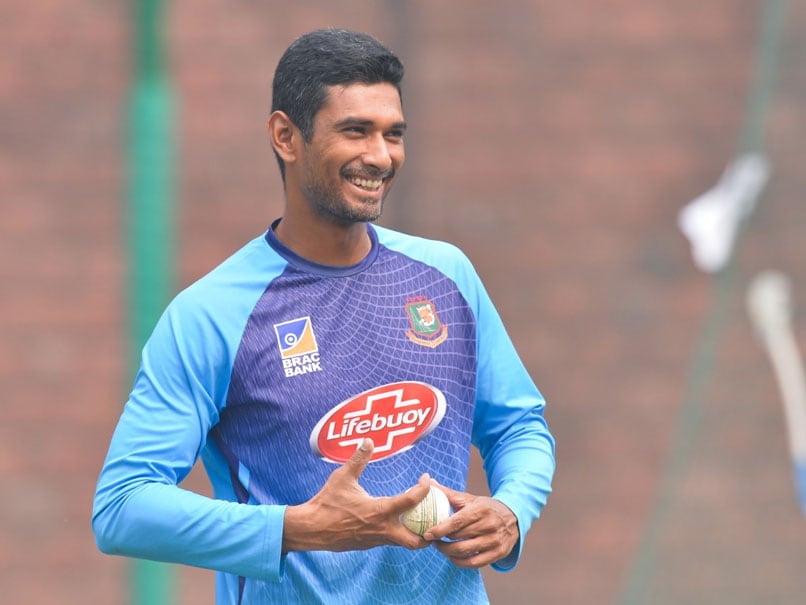 Mahmudullah will lead Bangladesh in the T20I series against India.© AFP

Shakib Al Hasan remains a loved character in Bangladesh cricket and will be welcomed with open arms, T20 captain Mahmudullah Riyad said on Saturday as his side geared up for challenges ahead in the absence of the iconic all-rounder. Shakib was banned by the ICC for two years (one year suspended) for not reporting corrupt approaches from an alleged Indian bookie during the Bangladesh Premier League (BPL). A few international cricketers such as England's Michael Vaughan were critical of not-so-harsh punishment handed to Shakib by world cricket's governing body. However, Bangladesh is not yet ready to shun its favourite son as it was evident from Mahmudullah's comments.

"Let me tell you. We loved Shakib, still love Shakib and will continue loving Shakib. And when he comes back, he will be welcomed with open arms," Mahmudullah told reporters ahead of first T20 against India.

"When he enters the dressing room, we will all give him a tight hug," the affable Bangladesh skipper said. Mahmudullah said that Shakib indeed "made a mistake" but at the same time believes that his longtime teammate "has not committed a crime".

The skipper now wants the younger lot should raise their hands and perform.

"That's an issue that has gone by. We are focussing on playing tomorrow and win the game. Probably, it will be a proper opportunity for the younger guys to show up and stand up for the Bangladesh team," he said.

Shakib is likely to miss the World Twenty20 in Australia too because his ban will not be over before the flagship event begins in Australia next year.

Shakib's ban ends on October 29, 2020 while the marquee event begins on October 18. The Bangladesh skipper said, going into World T20, they need to achieve consistency in batting.

"We have been exposed every now and then. We can give enough runs or foundation to the bowlers to prove themselves," he said.

Mahmudullah is happy that they have been able to unearth an effective wrist spinner to go with very strong fast bowling department.

"Young (Aminul Islam) Biplab is a good find. We wanted to have a good wrist spinner in our side. He showed his potential in the last series against Afghanistan. But in India, it will be different conditions. They have been dominating series at their home. It's time for players to grab the opportunity."

"If you see our fast bowling department, we have good fast bowlers. Mashrafe (Mortaza), Mutafizur Rahaman and Shafi (Mohammed Saifuddin) are experienced. It's a proper opportunity for us to show our performance in this tour."

Shakib Al Hasan Cricket
Get the latest updates on IPL 2021, IPL Points Table , IPL Schedule 2021 , live score . Like us on Facebook or follow us on Twitter for more sports updates. You can also download the NDTV Cricket app for Android or iOS.