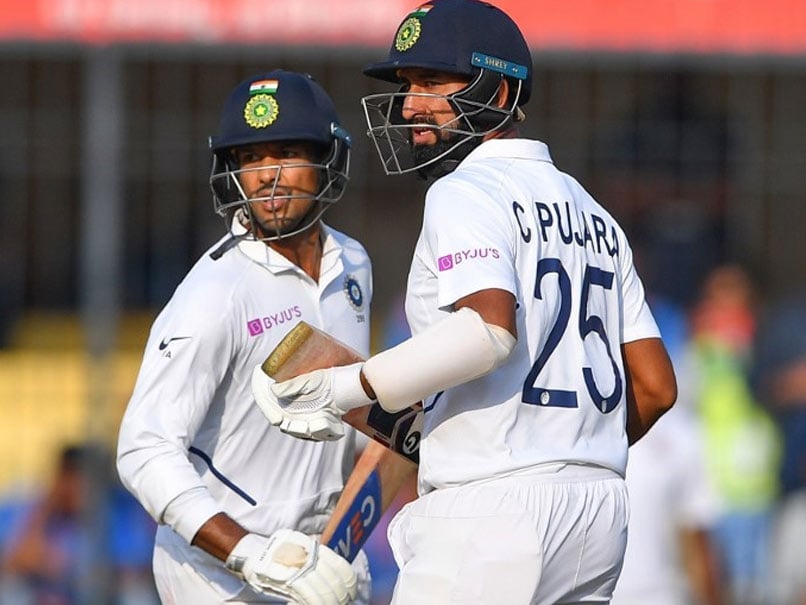 Mayank Agarwal and Cheteshwar Pujara remained unbeaten on 37 and 43 respectively at stumps on Day 1 of the first Test in Indore on Thursday. India finished the day trailing Bangladesh's first innings total by 64 runs. Bangladesh managed to remove Rohit Sharma for six but failed to make any more inroads afterwards. Earlier, after winning the toss and opting to bat, Bangladesh were bowled out for 150. Mohammed Shami was the wrecker-in-chief with the ball, taking three wickets. Umesh Yadav, Ishant Sharma and Ravichandran Ashwin picked up two wickets each. For Bangladesh, Mushfiqur Rahim top-scored with 43 while captain, Mominul Haque looked good during his stay at the crease before he was dismissed by Ashwin for 37. (SCORECARD)