KL Rahul scored 80 runs and pulled off a remarkable stumping to help India level the three-match ODI series against Australia. 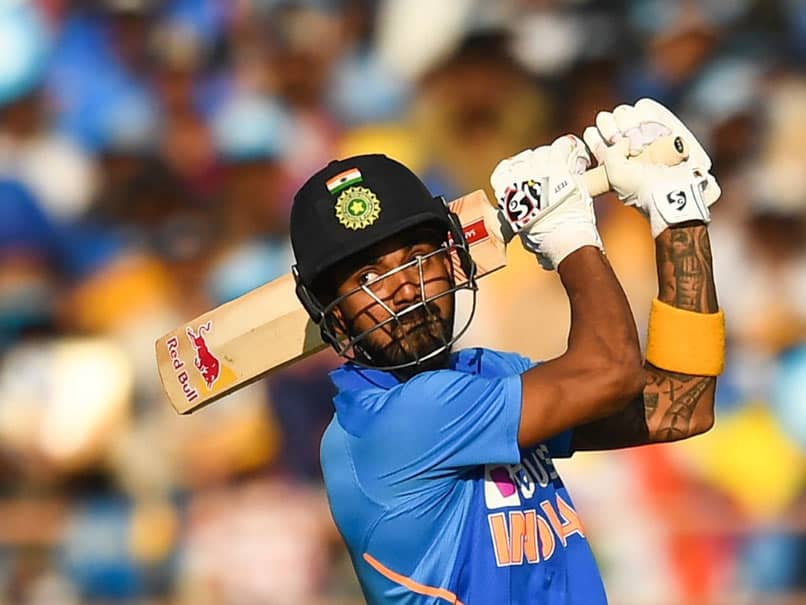 Virat Kohli heaped praise on KL Rahul after the wicketkeeper-batsman displayed an impressive show with the bat and from behind the stumps in India's 36-run victory in the second One-day International against Australia in Rajkot on Friday. KL Rahul scored 80 runs off 52 balls, including six boundaries and three sixes, and pulled off a remarkable stumping to help India level the three-match ODI series 1-1. Indian skipper Virat Kohli called KL Rahul a "multi-dimensional player" and thanked the 27-year-old Karnataka batsman for stepping up in Rajkot.

"KL is becoming a multi-dimensional player, and it's really great when players step up like this," Virat Kohli said at the post-match presentation.

"It's important to not leave someone like KL out. You saw how he batted today. This is probably the best he's played at the international level.

"The knock showed maturity and class, and we know exactly what we're doing in the dressing room," he added.

India had suffered a 10-wicket loss in the opening match in Mumbai on Tuesday. Kohli said the fans press "panic button" every time India lose a match.

"We live in the days of social media and the panic button was pressed too early," he said.

In Rajkot, Shikhar Dhawan top-scored for India with 96 runs off 90 balls, including 13 boundaries and a six. Kohli praised the Indian opener for making an impressive comeback from an injury.

"Important couple of games for Shikhar. He was injured for a long time and in ODIs he's been one of our most consistent and aggressive performers, and he can change the situation for the team," Kohli said.

Another opener Rohit Sharma, who contributed with 42 runs, was taken off the field after hurting his left hand while fielding in the second ODI.

Kohli said Rohit is expected to be fit for the third and final ODI, to be played in Bengaluru on Sunday.

"Rohit's left shoulder has popped out of few times, and he should be good to go in the next game," he said.