Steve Smith To Return To Bat At No.3 For ODI Series Against India

Steve Smith will return to his preferred batting spot in the One-Day Internationals (ODIs) for the first time since 2018. 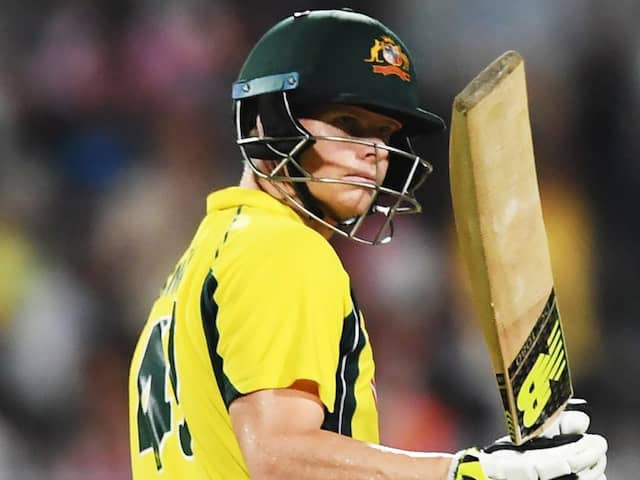 Steve Smith will look to exploit the conditions in India.© AFP

Steve Smith will return to bat at No.3 in the One-Day International (ODI) series against India, starting from Tuesday at the Wankhede Stadium in Mumbai. It also means Marnus Labuschagne, who is set to make his potential ODI debut, will bat down the order. Steve Smith, the prolific Australia batsman, will bat at his preferred spot for the first time since 2018, according to a report in cricket.com.au. In the World Cup 2019, Steve Smith had batted majorly at No.4.

Smith, 30, will be duly tested against the formidable India bowling line-up. However, the second ranked ODI batsman, will carry the onus of the visiting side and look to exploit the conditions in India. He has been in sublime form ever since returning to the international circuit after serving a ban for the ball-tampering scandal.

Smith has scored 3810 runs in ODIs at an average of 41.41. He has hit eight centuries and 23 half-centuries in this format with the high score of 164.

Australia will play three ODIs against India. The second match will be played in Rajkot while the series will conclude with the final match in Bengaluru on January 19.

After India, Australia are slated to tour South Africa for three-match Twenty20 International (T20I) series and as many ODIs, starting in Johannesburg from February 21.

Steven Smith Marnus Labuschagne Cricket
Get the latest updates on IPL 2020, check out the IPL Schedule for 2020 and Indian Premier League (IPL) Cricket live score . Like us on Facebook or follow us on Twitter for more sports updates. You can also download the NDTV Cricket app for Android or iOS.