Kane Richardson said that playing against India in India is always the biggest challenge in limited overs cricket. 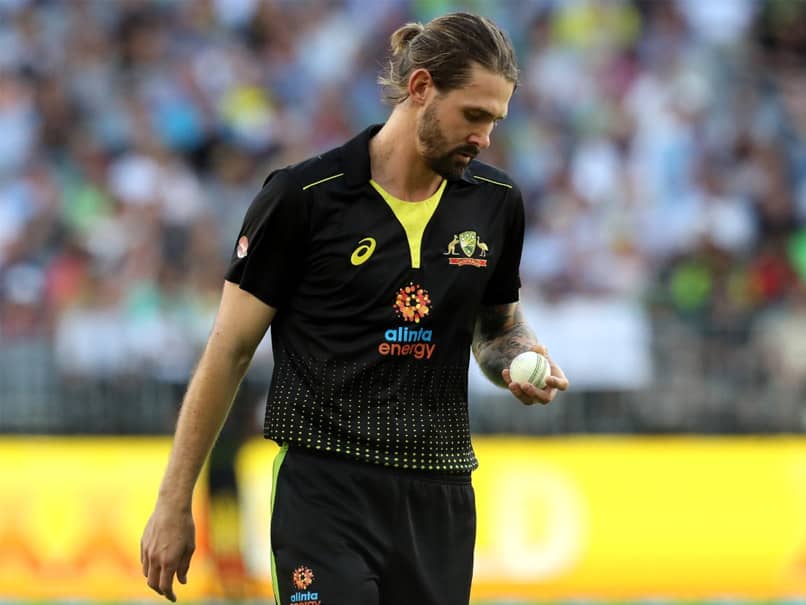 Australian speedster Kane Richardson says coach Andrew McDonald "camped out" at the Wankhede Stadium on Saturday night to check on dew as his players prepared to practice with wet balls. "Andrew McDonald camped out here last night to try and see what time the dew came in. Who knows, everyone is guessing. I think everyone is prepared," Richardson said. "We're going to train today with some wet balls so we can practice that. We'll just wait and see on game day. It's nothing new, we have dew back home as well."

He said the Virat Kohli-led Indians were the favourites at home, calling his team the underdogs for the three-match ODI series, beginning in Mumbai on Tuesday.

The second ODI will be played in Rajkot on January 17 and the third in Bengaluru on January 19.

"I think the home team is always favourite. I think on the back of last year, I think Finchy (Aaron Finch) has said no team has ever won here back to back. It's going to be so hard," Richardson said.

"India in India is always the biggest challenge and after what happened last year they will be ready for it. Confidence is up but the home team is always favourite. We are the underdogs," he said ahead of a practice session.

Last year, Australia had made a spectacular comeback to record a 3-2 win in the limited overs series in India.

The 28-year-old pacer, who has played 22 ODIs, also said playing in India, where the grounds are smaller, is the biggest challenge.

"It's the biggest challenge in white-ball cricket, coming over here and playing against India on the surfaces over here. It's a lot different than Australia. The ground sizes are a lot smaller than Australia, (and) mis-hits can often go for six.

"It's something we have spoken a lot about. I think everyone in the team has played here before, so it's nothing new. Starting today we will figure out a plan to stop some of those guys. It will be a high-scoring contest I'm sure," added the right-arm medium pacer.

Australia are touring India with a four-pronged pace attack comprising Josh Hazlewood, Pat Cummins and Mitchell Starc, apart from Richardson. And the fast-bowler says he is comfortable to be the "next guy in".

"It would be nice to take the field with all three of them or a couple of them. I don't know how it's going to pan out in terms of selection. I'm comfortable being that next guy in.

"I have always spoken about if injuries or form happen being the next guy in. So if I could take the field with those guys it gives you a lot of confidence that hopefully when I come onto bowl they are two or three down early," he added.

On a personal note, Richardson, who was in and out of the playing XI during the last World Cup, says that he made his way back into the team by performing well.

"I think it was just through performance on field. You can improve away from the game all you want but I think it was just about performing. The Big Bash last year after doing well got me back in the fold and then injuries happened.

"And then try and be the next guy in. Always try and stay on top of my game and improve but I'm back in this team because I performed at the level below," the pacer added.

Back home, the bushfires have caused havoc, and fully aware of the damage, Richardson said he would like to make a difference by playing a match.

"If there is a game, I know in Adelaide they are doing a game for Kangaroo Island too (for fundraising). That would be awesome, hopefully, we can all be a part of it and make a difference," he said.

Wankhede
Get the latest updates on IPL 2020, check out the IPL Schedule for 2020 and Indian Premier League (IPL) Cricket live score . Like us on Facebook or follow us on Twitter for more sports updates. You can also download the NDTV Cricket app for Android or iOS.