ICC chief executive Dave Richardson has until Sunday to decide whether to lodge an appeal against the decision that pronounced James Anderson 'not guilty' in the Ravindra Jadeja row. 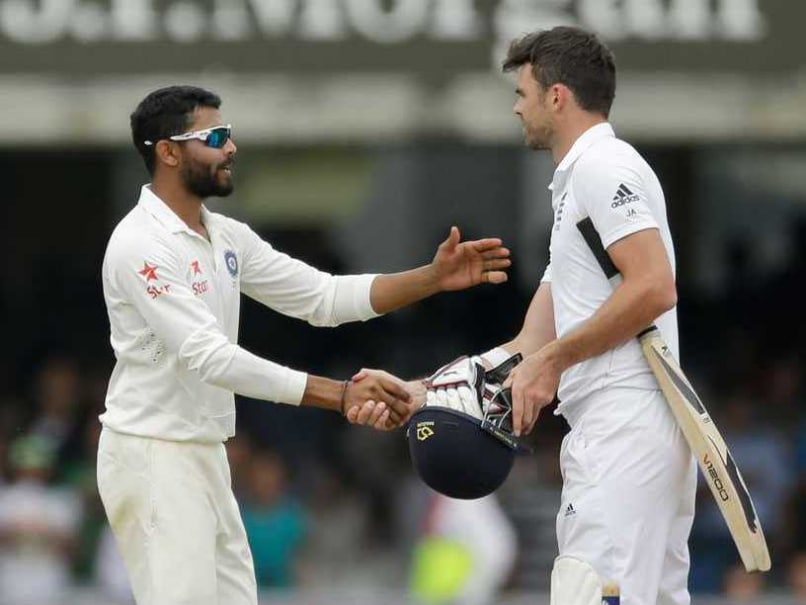 The International Cricket Council will consider judicial commissioner's verdict clearing England fast bowler James Anderson of a code of conduct breach after the Board Of Control For Cricket In India (BCCI) expressed its disappointment with the decision.

"The International Cricket Council (ICC) today confirmed that it has received and is considering the written decision of His Honor Gordon Lewis AM, the Judicial Commissioner, in respect of his findings..." the governing body said in a statement.

ICC chief executive Dave Richardson has until Sunday to decide whether to lodge an appeal against the decision.

Anderson and India's Ravindra Jadeja were involved in a verbal altercation during the first Test at Trent Bridge last month and media reports said the heated dispute continued after they left the field.

Both players were found not guilty after a six-hour video-conference hearing on Friday and, under the rules, only Richardson can appeal against the commissioner's verdict. BCCI secretary Sanjay Patel denied the game's most powerful board had requested Richardson to appeal the verdict.

"What we have done is we've written a letter to the ICC saying we are not happy with the verdict," Patel told Reuters.

"We don't have a right to appeal in this case," he added.

The spat could have resulted in a four-Test ban for Anderson, England's second-highest ever wicket taker, if a guilty verdict had been returned.

The fourth Test of the five-match series starts at Old Trafford, Manchester on Thursday with the teams level at 1-1.

Comments
Topics mentioned in this article
England vs India 2011 India Cricket Team England Cricket Team Ravindra Jadeja James Anderson Cricket
Get the latest updates on Fifa Worldcup 2022 and check out  Fifa World Cup Schedule, Stats and Live Cricket Score. Like us on Facebook or follow us on Twitter for more sports updates. You can also download the NDTV Cricket app for Android or iOS.