India are scheduled to play Pakistan during the World Twenty20 on March 19 in Dharamsala. 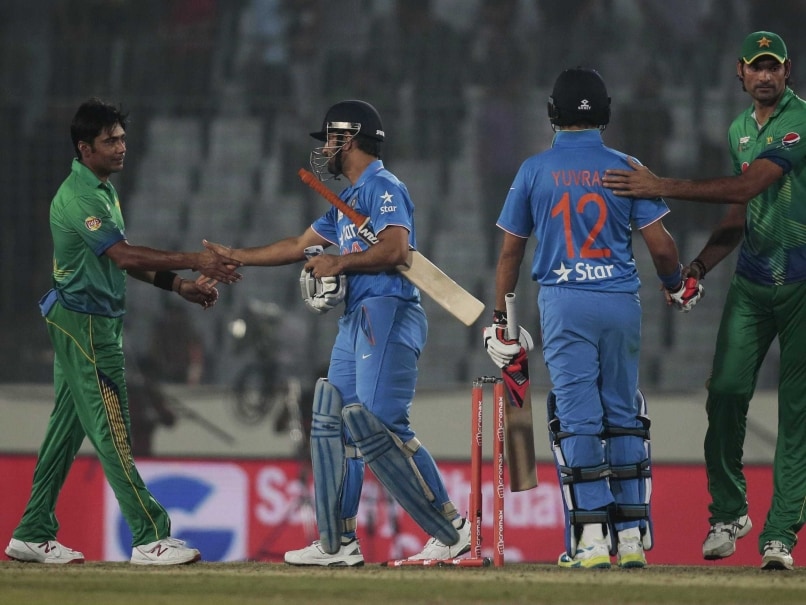 According to Pakistan Cricket Board official, BCCI president Shashank Manohar discussed everything in detail and assured Sharyar Khan that the team will be given security during the World Twenty20.© AP
Mumbai:

With a cloud of uncertainty hovering over the much-awaited Indo-Pak World Twenty20 match in Dharamsala, Pakistan Cricket Board chief Shahryar Khan received a call from the Board of Control for Cricket in India president Shashank Manohar, who assured him the best possible security for its players during the ICC event. (Home Ministry May Play Mediator Between Board of Control for Cricket in India and Himachal Pradesh Government)

According to an official in the PCB, Manohar called up his counterpart Shahryar as the latter expressed concerns after the Himachal Pradesh government expressed its inability to provide security for the match.

The match is scheduled to be held on March 19 in Dharamsala.Â (World Twenty20: Board of Control for Cricket in India in a Fix As Himachal Pradesh Doesn't Want to Host India-Pakistan Game)

"Manohar discussed everything in detail and assured him the BCCI was following all developments. He told Shahryar that the BCCI secretary Anurag Thakur, who is tournament director, belonged to Dharamsala and he was handling the issue," the official said.

Another reliable source said that Manohar had assured the PCB chief that best security would be given to the Pakistani team and also the media personnel visiting India for the World event.

"The call came at a time when the PCB is anxious reading about reports in the Indian media that the state government and other politicians don't want to see Pakistan play India in their World T20 match at Dharamsala," the source added.Â (World Twenty20: Congress Wants India vs Pakistan Match Shifted From Dharamsala, Government Worried)

The source said Manohar had discussed other alternate venues in case the Pakistan and India match had to be relocated from Dharamsala on the insistence of the International Cricket Council.

The source said that Monohar had assured Shahryar that the World T20 would be organized smoothly and there would be no security issues for the Pakistan team at any venue.

Pakistan's other matches are scheduled in Kolkata and Mohali. The Pakistan government gave clearance to the PCB to send the team for the World T20 only last week.

Comments
Topics mentioned in this article
BCCI Pakistan Cricket Board India Cricket Team Pakistan Cricket Team Cricket ICC World Twenty20 2014
Get the latest updates on ICC T20 Worldcup 2022, check out the Schedule and Live Score. Like us on Facebook or follow us on Twitter for more sports updates. You can also download the NDTV Cricket app for Android or iOS.