Political unrest in Bangladesh may force the ICC World Twenty20 to be shifted to India. Arch-rivals India and Pakistan are scheduled to play the tournament opener on March 21 at Mirpur. 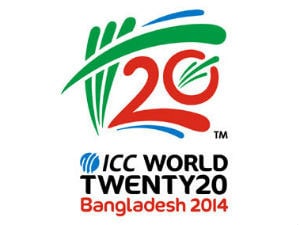 Due to the political turmoil in Bangladesh, there is heavy speculation that the upcoming ICC World T20 in March 2014 could be shifted to India. ICC's biggest event of the year is scheduled to be held across three venues in Bangladesh - Mirpur, Chittagong and Sylhet. Sources inform NDTV that Eden Gardens in Kolkata and the Jharkhand State Cricket Association International stadium in Ranchi have been kept on stand-by.

A decision on whether to shift base or retain Bangladesh as the hosts for the tournament is expected to be taken soon when the Asian Cricket Council and the organisers of the tournament meet in Dhaka.

In the aftermath of the a bomb blast outside the hotel in Dhaka where the touring West Indian side were put up, the International Cricket Council (ICC) was said to be 'actively monitoring' the situation and have stressed on the importance of the security of the teams being the highest on their priority list. That coupled with Pakistan threatening to pull out of the event if Bangladesh hosts it, could push the coucil to move the tournament to India.

Comments
Topics mentioned in this article
Cricket Bangladesh Cricket Team Eden Gardens MS Dhoni ICC World Twenty20 2014
Get the latest updates on ICC T20 Worldcup 2022 and CWG 2022 check out the Schedule, Live Score and Medals Tally. Like us on Facebook or follow us on Twitter for more sports updates. You can also download the NDTV Cricket app for Android or iOS.