The Indian team management did a complete overhaul of the support staff after the team's 3-1 loss against England in the Test matches. With Shastri incharge, former India pacer Bharat Arun, ex-India all-rounder Sanjay Bangar and R Sridhar also took charge after the ouster of bowling coach Joe Dawes and fielding consultant Trevor Penney. 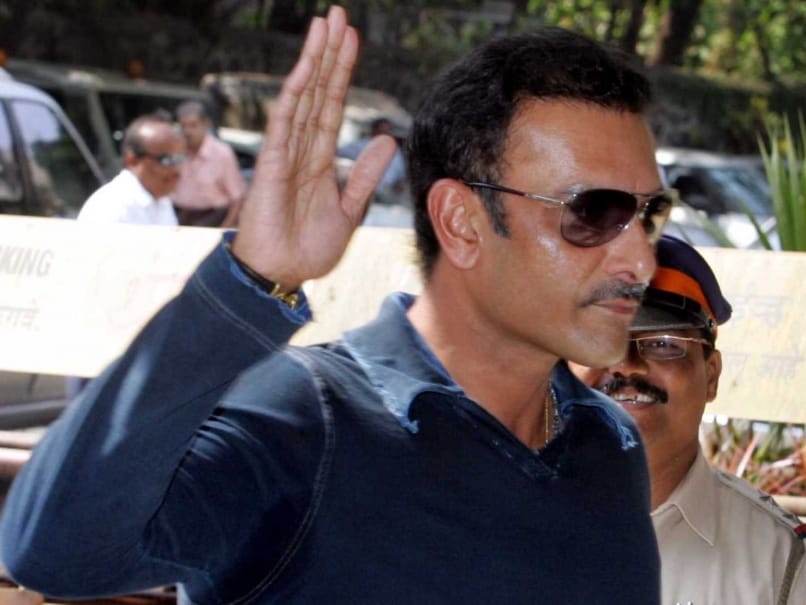 Hands up! Ravi Shastri has said that as director, he will observe the team from the outside.© AP
New Delhi:

Former batsman VVS Laxman believes that tinkering with Team India's support staff is not a viable option and newly-appointed Team Director Ravi Shastri and coach Duncan Fletcher should stay till the 2015 World Cup.

The Indian team management did a complete overhaul of the support staff after the team's 3-1 loss against England in the Test matches. With Shastri incharge, former India pacer Bharat Arun, ex-India all-rounder Sanjay Bangar and R Sridhar also took charge after the ouster of bowling coach Joe Dawes and fielding consultant Trevor Penney. Laxman said that the present coaching unit should be persisted with. (Shastri Backs Fletcher)

"I am hoping the BCCI will stick to the support staff we had for the one-dayers till the World Cup. The tournament is only six months away so there isn't enough time to chop and change," said Laxman, who was the middle-order bulwark of India's Test side for many years. (Shastri Team India's Director)

"I have worked with Ravi Shastri in 2007 when we toured Bangladesh and he is a very positive person, immense knowledge of the game, he was himself a great leader for Mumbai and he captained India in one Test that India won convincingly. Duncan Fletcher as a head coach should stay till the World Cup. (Shastri to Decide Fletcher's Future)

"I am glad Bharat Arun and R Sridhar got their opportunity to coach at the highest level because they have a good track record at the India A and Under-19 level, and Sanjay Bangar because of his recent success with Kings XI Punjab," Laxman told ESPNcricinfo.

The Hyderabadi batsman also opined that Rohit Sharma should open the innings for India during their title defence at the 50-over World Cup next year as the conditions in Australia will suit him.

After scoring a fifty in the second ODI against England, Rohit was ruled out following a finger injury and Ajinkya Rahane was promoted as an opener, who grabbed the opportunity by scoring a century in the fourth ODI.

However, Laxman said Rohit is the right man for the opener's job and he should be restored.

"The wickets in Australia will suit him (Rohit). He had a successful ODI series in 2007 when he was young and inexperienced. His style of batting will suit Australian conditions, so I will definitely go back to Rohit and have Rahane as a back-up but play him in the middle order," said the stylish batsman.

The 39-year-old from Hyderabad, who followed India's performance in England, said India needed to focus on two crucial areas to improve their limited-overs performance --death bowling and the opening combination.

"In the T20 they gave away 50 runs in the last three overs, which is a lot, so I think these two issues are a problem. Also the way India start with their batting will be important because of two new balls and conditions suiting the fast bowlers," he said.

"Luckily for India they are playing a tri-series before the World Cup and that too against the Australians in their own backyard. It will be a good experience for the players to get used to the conditions," he added.

The stylish batsman also heaped praise on Suresh Raina, who was named Man of the Series in the five-match one-day series in England.

"He is a very important player because not only is he a good batsman but he is also an exceptional fielder, who lifts the entire team on the field. He is also a useful bowler, who has the knack of taking wickets at crucial times," he said.

Laxman also backed under-fire Virat Kohli, who is going through a lean patch.

"It's good that he is having a break before the series against West Indies and isn't part of the Champions League because this time away will allow him to reflect on what has happened and come back stronger," Laxman said.

"He is a very hard working young cricketer and I am sure that he will bounce back. It's a matter of time before he starts scoring runs like the way he has over the last few years."

Comments
Topics mentioned in this article
India Cricket Team Ravi Shastri VVS Laxman Cricket ICC World Twenty20 2014 Duncan Andrew Gwynne Fletcher
Get the latest updates on ICC T20 Worldcup 2022, check out the Schedule and Live Score. Like us on Facebook or follow us on Twitter for more sports updates. You can also download the NDTV Cricket app for Android or iOS.