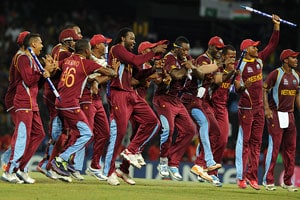 The ICC is likely to deliberate on the venues for next year's Twenty20 World Cup, scheduled to be held in Bangladesh, during the governing body's annual conference here.

The tournament is scheduled to be organised between March 16 and April 6 in Bangladesh.

The Bangladesh Cricket Board (BCB) has recently raised concerns over the delay in setting up proper infrastructure to meet the original deadline set by the ICC.

BCB President Nazmul Hasan has already expressed his displeasure over the slow work at two of the four venues, and is likely to address the ICC board on this matter.

The members are likely to discuss options - from setting new timelines or conducting further inspections to moving the tournament to another country as a viable alternative.

The CEC is expected to discuss how best to maintain a balance between all three formats.

It will also discuss the new ODI rules which include fielding restrictions and the use of two new balls and suggest changes, if required, ahead of the 2015 ODI World Cup in Australia and New Zealand.

Indian captain Mahendra Singh Dhoni had said ahead of the just-concluded Champions Trophy that the new rules were would pose challenges.