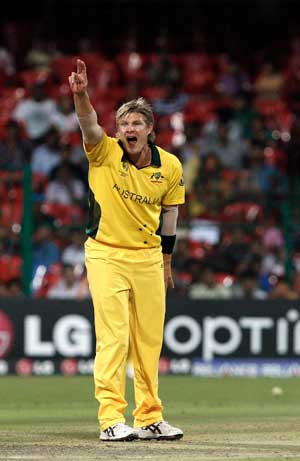 Batting first, Australia made 139/6 with Shane Watson making 27, an unbeaten 25 to Matthew Wade and 24 each to David Warner and Glenn Maxwell.

In response, New Zealand struggled to regroup after the loss of early wickets, eventually being bowled out for 83 in 17 overs.

Australia's next warm-up is against England Monday.