Virat Kohli was seen swinging the ball while bowling at KL Rahul during India's ongoing intra-squad match ahead of their World Test Championship (WTC) final match against New Zealand. 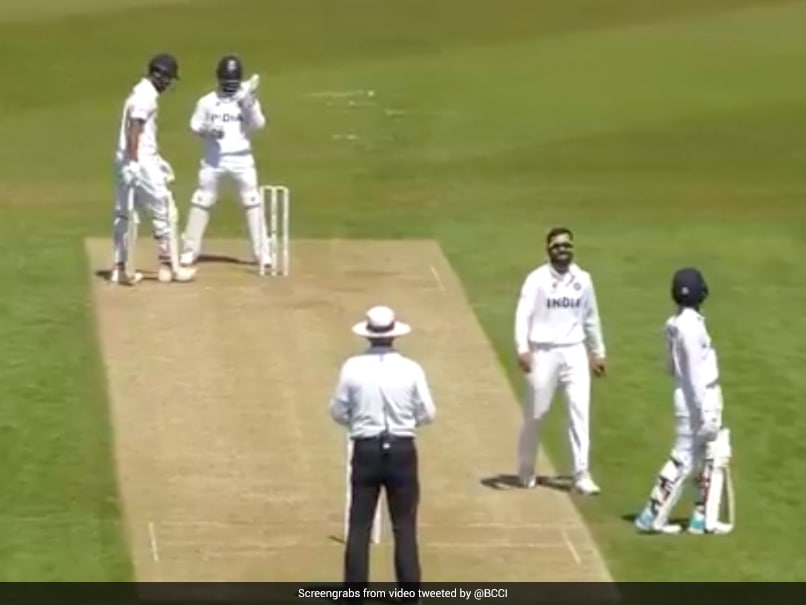 In a video posted by the official Twitter handle of The Board Of Control For Cricket In India (BCCI), Indian men's cricket team's captain Virat Kohli was seen bowling at KL Rahul in their ongoing intra-squad match ahead of their World Test Championship (WTC) final match against New Zealand. BCCI posted a snippet of the original video first, asking fans to guess what happened when captains of the respective sides faced each other. They soon followed it up with the full clip where Rahul seemed to be in a spot of bother facing against Kohli's in-swinging delivery.

BCCI had earlier posted videos of the match that had clips involving Jasprit Bumrah, Mohammed Shami and Ravichandran Ashwin bowling to Rohit Sharma and Kohli.

A good Day 1 at office for #TeamIndia at the intra-squad match simulation ahead of #WTC21 Final pic.twitter.com/TFb06126fr

The intra-squad match is being seen as an important part of India's preparations for the WTC Final beginning June 18 at The Ageas Bowl in Southampton.

Following the final, India is scheduled to play a five-match Test series against hosts England between August 4 to September 14.

On the other hand, New Zealand are currently involved in a two-Test series against England.

The first Test at Lord's, which was hampered by rain, ended in a draw while the second Test is being played at Edgbaston in Birmingham.

New Zealand captain Kane Williamson, who led his team in the first Test, missed out in the second due to a left elbow injury.

Tom Latham was picked as the captain of New Zealand in Wiliamson's absence for the final Test.

Virat Kohli World Test Championship 2021 Cricket
Get the latest updates on Olympics 2020, Olympics 2020 Medal Tally , Live Cricket Score . Like us on Facebook or follow us on Twitter for more sports updates. You can also download the NDTV Cricket app for Android or iOS.