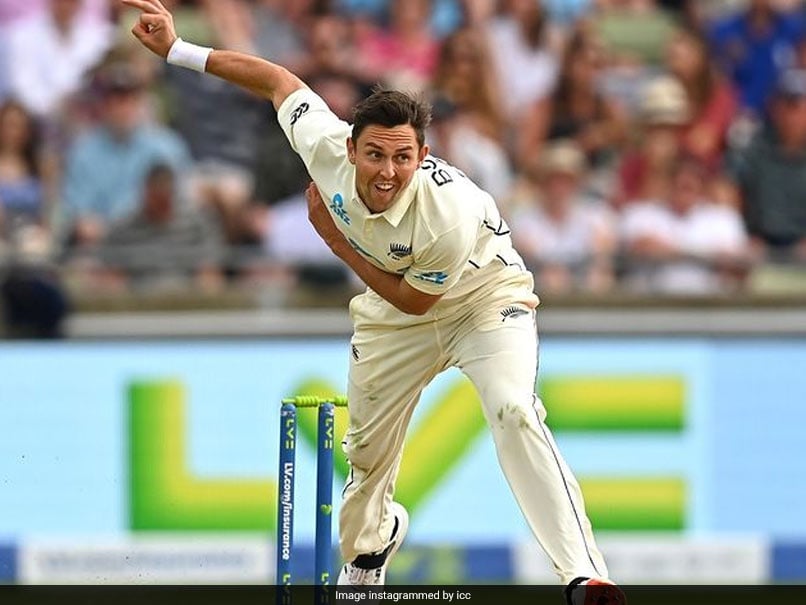 Trent Boult will be key to New Zealand's chances in the WTC Final.© Instagram/ICC

Ahead of the World Test Championship (WTC) final against the India, New Zealand pacerTrent Boult praised the skill set possessed by the Indian bowling department. The official Twitter handle of the International Cricket Council (ICC) shared a video wherein Boult spoke about the upcoming WTC final at the Ageas Bowl in Southampton from June 18. "Firstly, they (Team India) are very talented cricketers, they tour very well," Boult said. "They adopt to the conditions, and they've got some weapons in their attack and got all the skills there."

Boult also expressed his excitement and eagerness on playing at such a big stage. He said, "Equally as excited as everyone else and yes, obviously eager to play a big part in the big stage that's coming over in the next couple of days. It's been a while."

Boult also stated that New Zealand will have to come up with a good game-plan against this very strong Indian side.

"I've never played here (The Ageas Bowl) before but I am sure we will research it well and come up with a good game-plan for this very strong Indian side," he said.

"By all means, we won't be taking them lightly. It's going to be a great match-up," he added.

Boult wasn't part of the New Zealand outfit that drew the first rain-affected Test against England, but he played a crucial part in his side's win in the second Test by eight wickets.

The win propelled New Zealand to the top of the ICC Test rankings, overtaking India.

Trent Boult World Test Championship 2021 Cricket
Get the latest updates on SA vs IND 2021-22, check out the Schedule and Live Score . Like us on Facebook or follow us on Twitter for more sports updates. You can also download the NDTV Cricket app for Android or iOS.