"Trying To Watch The Game Or Spy On Us": Ritika Sajdeh Pokes Fun At Rohit Sharma 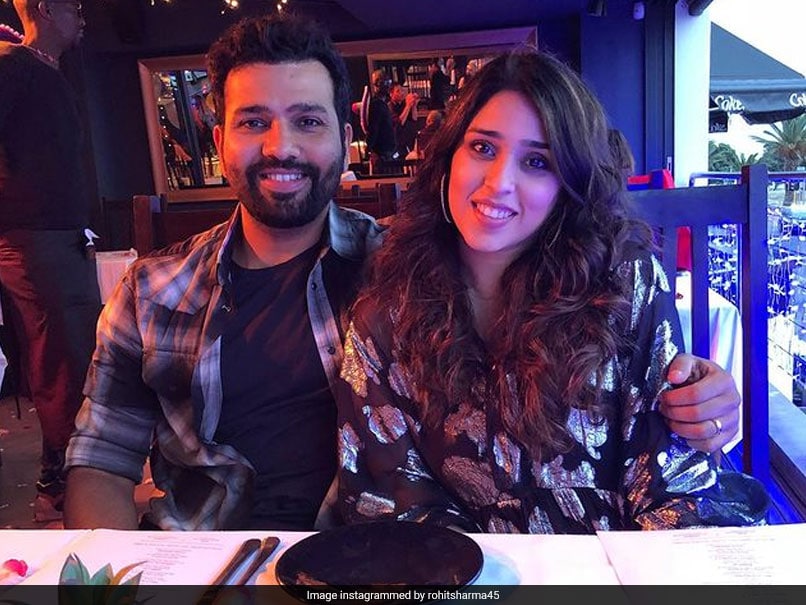 With Rohit Sharma currently playing for Team India in their ongoing World Test Championship (WTC) Final match vs New Zealand, Ritika Sajdeh took to Instagram to take a cheeky dig at her husband. She posted a picture of Rohit on her Instagram story, which recently went viral on social media. In the picture, the Mumbai Indians (MI) captain can be seen using av binocular to take a closer look at the match during Day 2 of the ongoing WTC Final, while sitting in the pavilion. Ritika captioned the photo as, "Trying to watch the game or spy on us". 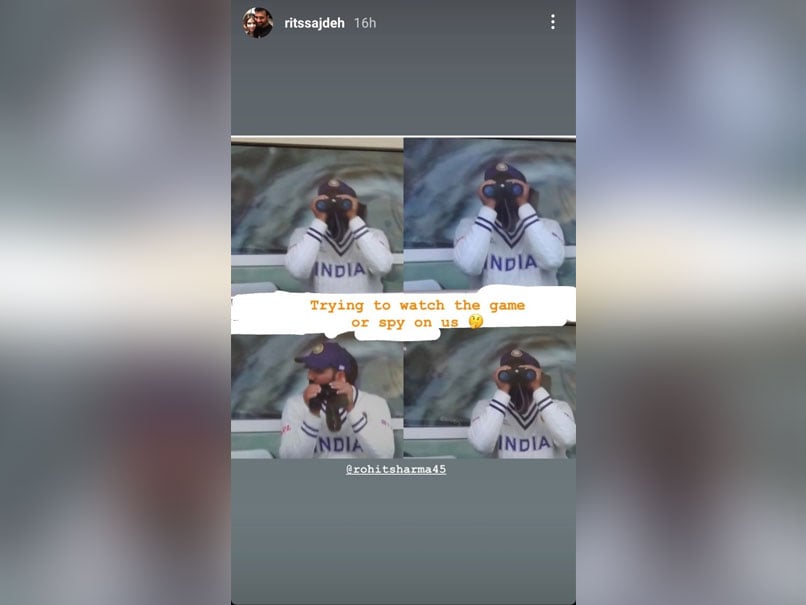 Rohit scored 34 runs off 68 balls during Day 2 of the ongoing WTC Final, before losing his wicket to a delivery from Kyle Jamieson. Despite the opener's departure, Virat Kohli gave India a strong finish to the day with an unbeaten knock, scoring 44 off 124 balls.

India wrapped up Day 2 at 146 for three in 64.4 overs. Start of play on Day 3 was delayed "due to a wet outfield" but began half hour after the scheduled start.

Play on Day 1 was also called off due to continuous rain and bad weather.

Before the WTC Final, Rohit was last seen in action during the Indian Premier League (IPL) 2021 season. The tournament was postponed midway through the season due to rise in COVID-19 cases.

New Zealand came into this game with plenty of match practice, beating England in a two-match Test series.

Rohit Sharma World Test Championship 2021 India vs New Zealand, Final Cricket
Get the latest updates on IPL 2021, IPL Points Table , IPL Schedule 2021 , live score . Like us on Facebook or follow us on Twitter for more sports updates. You can also download the NDTV Cricket app for Android or iOS.