Indian Team To Get Break From Bio-Bubble Life After WTC Final: Report

India take on New Zealand in the WTC final starting June 18 while the Test series against hosts England begins from August 4. 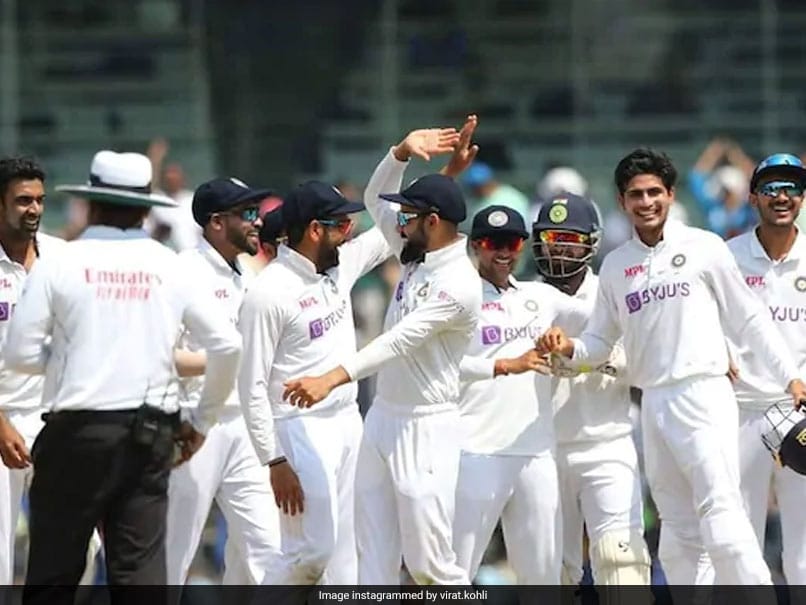 India face New Zealand in the WTC final starting on June at in Southampton.© Twitter

The Indian players will get a 20-day break from the bio-bubble life in England after the completion of the World Test Championship (WTC) final in Southampton. While the cricketers will disperse on June 24, they are set to return to the bubble for the five-Test series against England around July 14. Speaking to ANI, sources in the know of developments in the team management said it will be a welcome break as the team has to not only spend time in the bubble for the Test series against England, but will also straightaway move to the IPL bubble in the UAE post the Test series.

"The group will head off for the break on June 24 after the final against New Zealand and then regroup again around July 14 to prepare for the Test series against England which gets underway from August 4," the source said.

Asked if this meant the cricketers could head to any place which has low or negligible COVID-19 cases, the source said it has to be within UK so that there are no issues in regrouping after the break.

"See, it is simple. The boys need to switch off and relax, but we cannot ignore that COVID-19 is still not completely gone. So, the travel plans have to be made in such a way that the boys and the families that are in UK don't get stuck somewhere while taking the break. Imagine going to some other country and then that place gets a travel ban due to a sudden rise in cases. You don't want your players or their families stuck. So, we are looking at places in the UK," the source explained.

Living in the bio-bubble isn't easy and skipper Virat Kohli also spoke about this before the team left for England.

"I feel like after you are done with WTC, I think it is a great opportunity to refresh and restructure, hopefully, if things are okay, just for the guys to be normal and disconnect again, to understand that we have the pressure of a five-match series. Like in Australia, if we had to contest in a bubble for that long period, it would have been tough," said Kohli.

"Just the fact that we had the freedom to go out and access the kind of things there, it gave us space to refresh and reset. I think it is absolutely fine, it will give us time to refresh and prepare for a long series. That kind of setup is important before you go to a lengthy series. The challenge in England can be daunting, so we want to have the time before that series," he added.

Virat Kohli Cricket World Test Championship 2021
Get the latest updates on ICC T20 Worldcup 2022, check out the Schedule and Live Score. Like us on Facebook or follow us on Twitter for more sports updates. You can also download the NDTV Cricket app for Android or iOS.