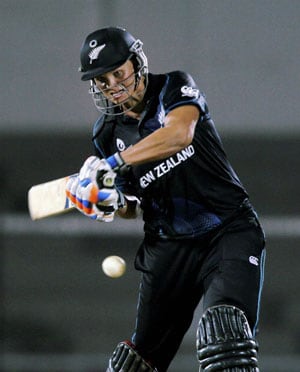 After a disappointing fourth-place finish at the ICC Women's World Cup concluded on Sunday, New Zealand skipper and player of the tournament Suzie Bates feels the team would not do well if her country's cricket board does not put in resources to arrange more tours.

"I think if we take a hard look at the way the women's game is going, then in four years' time, Sri Lanka, South Africa and West Indies are only going to get better. If we don't start putting resources for playing more tours and playing more cricket, we are going to fall behind," she said.

"I think in terms of exposure it's a huge blow for people watching the White Ferns. Maybe it's a wake up call to New Zealand cricket that if we don't make the changes, we may fall behind. I guess that it is one way to look at it," she said.

"But I still believe we had a team that was competitive and could have made the final of both the events (World T20 held last year and the 50-over World Cup). We just weren't consistent or we didn't perform when we needed to," she added.

"We came fourth and no one wants to be watching a final, but from a personal point of view, I am pretty proud to receive the award with some pretty good players. It is a bit of a funny feeling but any trophy is better than none."

She credited neighbours Australia, who won the World Cup for the sixth time, for consistently playing good cricket but was not happy with the lukewarm crowd response in the final.

"It is a huge shame. When we played in Cuttack we had a loud and energetic crowd, which really made the game, especially when Sophie Devine scored 145, and they loved every minute of it. I guess it has been a bit disappointing with number of people on this ground.

"But a number of matches have been televised, which is a positive. Hopefully the more games are shown on TV, the more people are aware and we can get a bigger crowd in future," she said.

Comments
Topics mentioned in this article
Cricket New Zealand Cricket Team Pakistan Cricket Team Suzannah Wilson Bates ICC Womens World Cup 2013
Get the latest updates on ICC Women's Cricket World Cup 2022 and IPL 2022, check out the Schedule , Live Score and IPL Points Table. Like us on Facebook or follow us on Twitter for more sports updates. You can also download the NDTV Cricket app for Android or iOS.