Indian women's team finished in seventh place after failing to qualify for the Super Six stage with just one victory from the group phase. 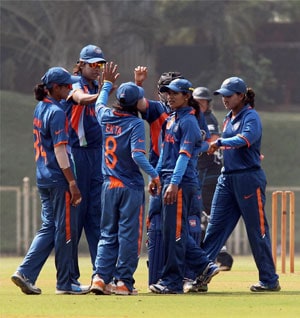 "Generally India have been strong but other teams, Sri Lanka and West Indies who have accelerated so much in the past four years, are overtaking them," Conner told ESPNcricinfo.

"The Indian players and the support staff will look to the BCCI for more support.

"There is such passion for cricket in this country. It probably asks the question whether the women have had the support they deserve because their standards have slipped.

"While that is partly the responsibility of the players I don't think they had as much support going into this tournament as they would need.

"That is a shame because they were the hosts and we wanted to bring the World Cup to India because of the passion for the game. It is a shame they didn't make it further in the tournament," said the former England Women's captain.

Indian women's team finished in seventh place after failing to qualify for the Super Six stage with just one victory from the group phase.

Conner, who is now head of women's cricket at the ECB, said: "If there is more support from the BCCI, then standards will rise. The passion is there for the game, people just need to know more about women's cricket probably, and hopefully that support will grow."

Comments
Topics mentioned in this article
Cricket India Cricket Team ICC Womens World Cup 2013
Get the latest updates on ICC Women's Cricket World Cup 2022 and IPL 2022, check out the Schedule , Live Score and IPL Points Table. Like us on Facebook or follow us on Twitter for more sports updates. You can also download the NDTV Cricket app for Android or iOS.