ICC U-19 Cricket World Cup: England cruised past South Africa to book a berth in the semifinals. 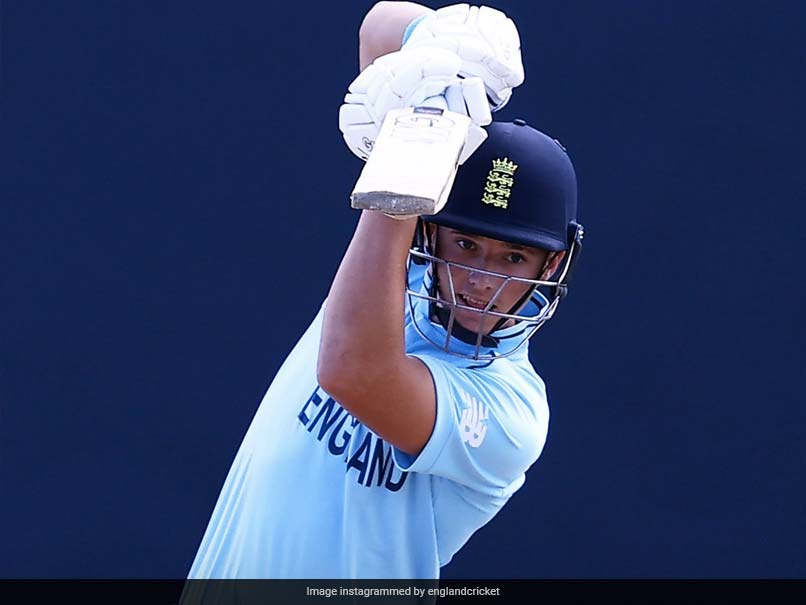 ICC U-19 World Cup: England have reached the semifinals.© Instagram

Jacob Bethell's blistering batting display helped England advance to the semi-finals of the ICC U-19 World Cup with a six-wicket win over South Africa. Bethell was one of the bowlers to restrict South Africa to 209 all out before hitting 88 to see England set up a clash with either Sri Lanka or Afghanistan. South Africa endured a slow start having won the toss and chosen to bat, their first boundary came off the final ball of the fourth over, before Joshua Boyden dismissed Valentine Kitime off the next delivery.

Boyden would claim his 12th wicket of the tournament to send the other opener Ethan-John Cunningham back to the hutch and reduce South Africa to 21 for two.

Brevis remained a familiar stronghold for South Africa as he brought up his fourth fifty-plus score in a row eventually falling just short of a century on 97.

His dismissal brought about a batting collapse for South Africa as three wickets fell for one run as the batters went in search of boundaries, but only found the grateful hands of fielders with Rehan Ahmed claiming figures of four for 48.

The final-wicket partnership of Matthew Boast and Asakhe Tsaka frustrated England adding 40 runs as South Africa ended on 209 all out.

Bethell came out all guns blazing in England's chase, hitting the fourth fastest half-century of U19 World Cup history, reaching fifty off just 20 balls, as the Young Lions went at over 10 an over.

George Thomas was a delighted onlooker at the non-striker's end only moving into double figures in the tenth over, before smacking a six to bring up England's hundred.

South Africa finally struck as Bethell went for one heave too many but not before he had put on 88 from 42 deliveries to place England as overwhelming favourites.

That tag was backed up by good partnerships in the top order, before William Luxton came in at five to strike 47 from 41 balls and get England into the semi-finals with a six.

Scotland were unable to build partnerships as they slumped to 140 all out to see Zimbabwe advance to meet Ireland.

They will be joined in the semifinals by hosts West Indies who were too good for Papua New Guinea in a 169-run win.

The West Indies will now face the United Arab Emirates, while Papua New Guinea are set to take on Uganda in the Plate play-offs.

South Africa U19 ICC Under 19 World Cup 2022 England Under-19 vs South Africa Under-19, Super League Quarter Final 1 Cricket
Get the latest updates on ICC Women's Cricket World Cup 2022 and IPL 2022, check out the Schedule , Live Score and IPL Points Table. Like us on Facebook or follow us on Twitter for more sports updates. You can also download the NDTV Cricket app for Android or iOS.