I would have picked Gautam Gambhir: Farokh Engineer

With a host of changes made to the ODI squad for the ICC Champions Trophy, NDTVs cricket expert Farokh Engineer questions whether the future of Indian cricket is in safe hands? 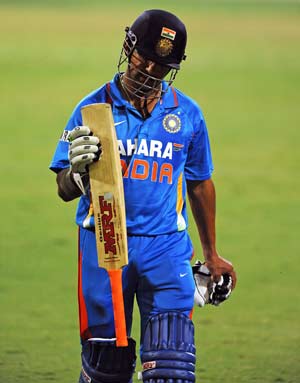 The 15-man Indian squad for the ICC Champions Trophy was announced on Saturday, with Yuvraj Singh, Gautam Gambhir and Ajinkya Rahane the surprise exclusions. Out of the eleven that started the 2011 World Cup final vs Sri Lanka, just 3 have made it to the squad over two years later.

NDTV cricket expert Farokh Engineer was "a little surprised" with the squad. "I would have picked Gautam Gambhir," said Engineer.

"I hope the recent IPL controversies that Gambhir has been involved in have not gone against him. But it's certainly not the end of the road for Gambhir. You can't beat experience and I'm sure his acumen will be useful in the years to come," added Engineer.

"To be honest, it is a fall from grace for Gambhir. But if he is man enough, he will fight back and regain his spot."

Along with Gautam Gambhir, Yuvraj Singh too was ignored and his poor form in recent times suggests it is a long way back for the Player of the 2011 World Cup.

Gambhir and Yuvraj, both 31, under-performed in the previous two ODI series at home against Pakistan in December 2012 and England in January.

Gambhir scored 127 runs from five games against England, while, Yuvraj recorded 126 from as many. Both the batsmen flopped by scoring an 34 runs each in three ODIs against Pakistan.

"The exclusion of Yuvraj is disappointing but not surprising considering his form and fitness. Everybody loves Yuvi but his performances haven't been what we have come to expect," said Engineer.

Murali Vijay was handed an ODI recall after a stellar Test series against Australia with Ajinkya Rahane missing out. "I'm not convinced by Vijay's selection as Rahane would have been my pick," added Engineer. "But saying that, I think Murali Vijay has the right technique to tackle the pitches in England."

Farokh Engineer was all praise for the inclusion of Dinesh Karthik, who has played 52 ODIs for India, and has been included in the squad after a gap of three years.

"Dinesh Karthik is an excellent choice, especially if Dhoni gets injured in England. Karthik has been in great form and deserves his call-up," said Engineer.

The NDTV expert also added that Dinesh Karthik could "fill in as an opener" if Shikhar Dhawan or Murali Vijay were to lose form and added that Irfan Pathan would be extremely useful in English conditions.

"I'm not sure of the selectors' mindset behind selecting the squad but it doesn't look too bad. It is more like a horses-for-courses team as opposed to one that is looking too far ahead," added Engineer.