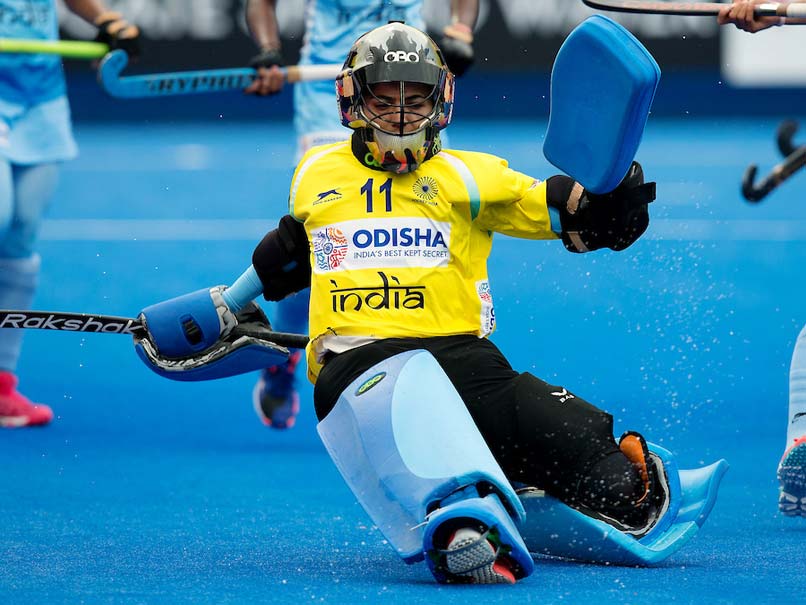 India's draw against the USA helped them reach the cross-over stage of the Women's Hockey World Cup.© Hockey India

The Indian women's hockey team reached the knockout stage of the Hockey Women's World Cup 2018 on Sunday after ending their third and final Pool B match against the USA in a 1-1 draw. The draw helped India reach the cross-overs stage by finishing third in Pool B. India will now play Italy in their cross-over stage. Ahead of their crucial match against Italy, team captain Rani Rampal said that the team will have to go all out in the match if they want to reach the quarter-final of the tournament.

"We need to just focus on ourselves, build on our strength and ensure we use our positive points in the match against Italy. There is no doubt we need to go all-out in this crucial crossover match if we want to see ourselves in the quarter-final," Rani said.

India started the tournament with a draw against England. Neha Goyal's goal had put India in the lead, but Lily Owsley scored the equaliser for England, helping the world number 2 team draw the first clash of the Pool B. In their second Pool B match, India lost to Ireland 0-1.

Speaking about India's performance against USA, Rani said, "Ahead of the match against USA, when we had the team meeting, we discussed how this is our do-or-die match and though we all knew a draw would be enough, we wanted to go for the win. I think that 'hunger to win' attitude helped us on Sunday."

"During our training sessions we play a lot of games, or involve in match-situations where we are under pressure and work on how we can play without taking outside pressure of a packed stadium. We enter a match with the attitude that if we play a good match then the crowds will support us and that we must fight for the ball. I am proud of how the team played against USA and now we need to once again do everything we can to win against Italy," the Indian skipper remarked.

Italy, on the other hand, started their tournament with a 3-0 win against China in their first Pool A match. Italy continued their momentum with a 1-0 win against Asian Champions Trophy winner Korea but were pummelled 1-12 by the Netherlands in their third and final Pool A match.

Rani feels her team must take Italy as a serious contender and draw inspiration from their victory at the 2015 Hockey World League Semi-final Tournament, where they had beaten Italy in a shootout.

"Italy is a good team and they have enjoyed good wins in this tournament too. But we need to go into the match with the self-belief that we can beat them and we must draw inspiration from the 2015 Hockey World League Semi-final Tournament where we beat them in a thrilling shootout," Rani asserted.