In pool B, both India and USA have one point each with India being ahead on goal difference. 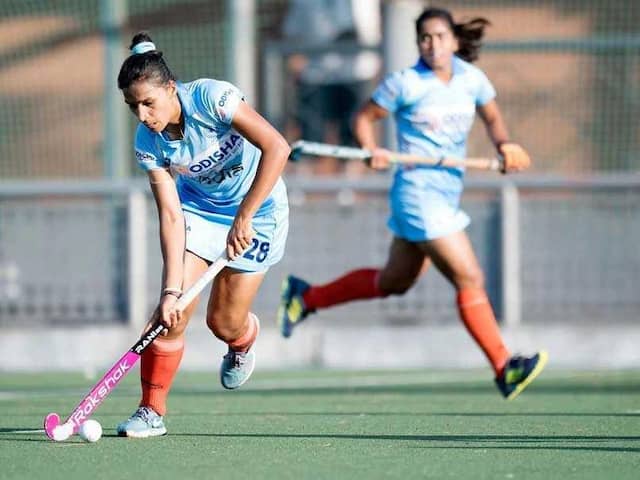 India made 27 circle entries against Ireland but fialed to score a single goal.© Hockey India

Indian Women's Hockey Team lost their second group match of the 2018 World Cup 0-1 to lower-placed Ireland. With one draw and one loss in the group stage, India stare at an early ouster from the quadrennial tournament. Sitting currently at third spot on the table, India find themselves in a do-or-die match as they face 7th ranked USA on Sunday at the Lee Valley Hockey and Tennis Centre. Although Rani Rampal-led India had a spirited start to their campaign with a 1-1 draw against hosts and World No.2 England but lost their touch in the second game failing to convert numerous goal-scoring opportunities. With India on the verge of exit, Chief Coach Sjoerd Marijne feels that the team cannot repeat the same mistake in the high-stake game.

"The team's structure and planning is good which enabled us to create chances in the striking circle but not being able to convert these chances into goals cost us the match. We made 27 circle entries against Ireland while had made just 10 against England. Though playing against these two teams is very different from each other, it is frustrating that we could not convert a single goal from these chances (15 shots on goal) against Ireland. But at the same time I take this as a positive that we have the abilities to puncture any team's defence to create potential opportunities. When we play USA, the emphasis would certainly be on scoring from these opportunities created. We have to execute better and the girls are working for that," Marijne said.

Against Ireland, Indian defence looked strong as the opposition could only manage 10 circle entries. Sjoerd Marijne asserted that the defence is in good position but the team needs to be more precise in the attacking department. "Our defence will be one of our advantages against USA. The loss against Ireland has not affected the confidence of the team because we know that if we have created enough chances against Ireland while our defence has held strong, we can do the same against USA too, " Marijne added.

USA, who are currently fourth in group B drew against England and lost 1-3 to Ireland. Both India and USA have one point each with India being ahead due to goal difference. To remain in contention for a quarterfinal berth, India need a win or a draw from Sunday's game. "It is a must-win match for us on Sunday and there is no doubt that," concluded Marijne.