This was India's fourth successive win in the tournament and it helped the team top the Pool table. 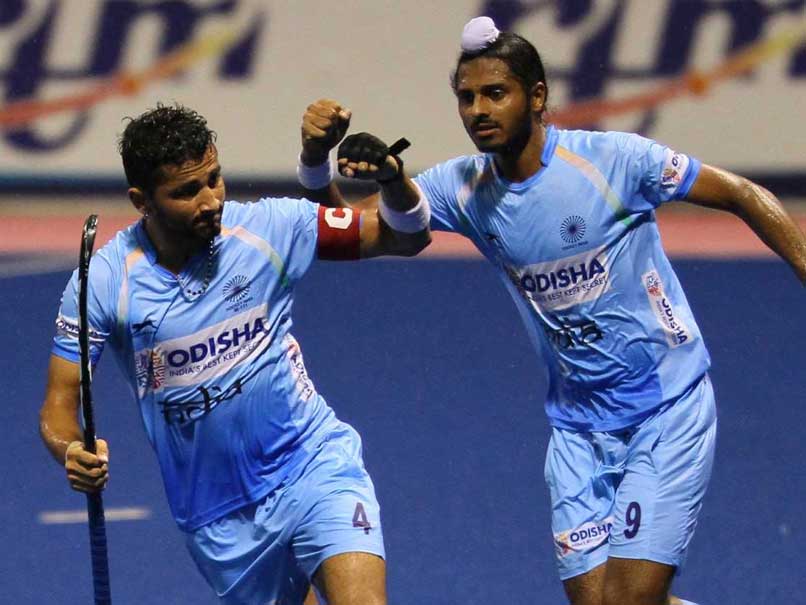 India secured a place in the top four stage of the tournament.© Hockey India

Continuing their unbeaten run in the 8th Sultan of Johor Cup, the Indian junior men’s hockey team edged past defending champions Australia 5-4 on Wednesday to secure a place in the top four stage of the tournament. This was India's fourth successive win in the tournament and it helped the team top the Pool table. India made a dominating start with their best attack in the opening quarter. Though their initial chance of scoring from a Penalty Corner went amiss, Gursahibjit Singh scored a fine field goal to give India a 1-0 lead in the 5th minute.

The team built on a good start to score three more back-to-back goals in the 11th, 14th and 15th minutes through Haspreet Singh, Mandeep Mor and Vishnukant Singh. The 4-0 lead at the end of the first quarter was a major setback for the defending champions.

However, India faltered in their defence in the second quarter, only to give away an easy goal through a penalty stroke in the 18th minute.

Damon Steffens, who scored the first goal for Australia, ended up scoring the second goal too when an Indian infringement inside the circle saw them concede a PC in the 35th minute, narrowing the goal deficit to 4-2.

Though Shilanand Lakra scored in the 43rd minute to take India's lead to 5-3, Australia put India through some tense moments as they appeared to make a late recovery, by stretching India's defence.

In the 59th minute, the pressure to defend the scoreline saw the Indians give away another penalty stroke which was easily converted by Steffans, taking the goal difference to a narrow 5-4. But India held their nerves to finish the match in their favour.

The Indians will next take on Britain in their fifth match on Friday.