India are unbeaten in this year's edition of the hockey tournament and will play against South Korea in the final on Saturday. 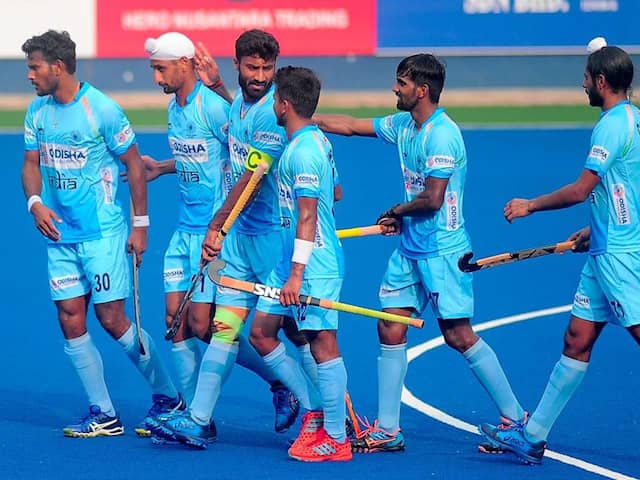 Striker Mandeep Singh continued his prolific form by scoring a brace as India mauled a hapless Poland 10-0 in their final league match of the ongoing Sultan Azlan Shah Cup hockey tournament in Malaysia on Friday. Having already been assured of a place in the summit clash, India rested Manpreet Singh for this match and Surrender Kumar led the team in his absence. With this victory, India have continued their unbeaten run in this edition of the tournament. India will play against South Korea in the final on Saturday.

Against Poland, Indians scored goals almost at will and left the Polish players in daze.

The second quarter was the most productive with the Indians finding the target four times. They were 6-0 up at the half time, before adding four more in the remaining 30 minutes to wallop the Polish team in the inconsequential match.

Five-time champions India thus maintained their unbeaten streak in the tournament, collecting 13 points from five league matches with the help of four wins and a draw.

Mandeep struck back-to-back goals in the 50th and 51st minutes to take his goal tally to seven in the tournament. The 24-year-old striker had scored a hat-trick in India's 7-3 win over Canada on Wednesday.

With this victory, India finish the group stages of the Sultan Azlan Shah Cup hockey tournament at the top of their group, with 13 points from five matches, having pumped in 18 goals.