Sardar Singh played a key role in the recently-concluded Asian Games 2018 at Jakarta-Palembang, where India clinched a bronze medal. 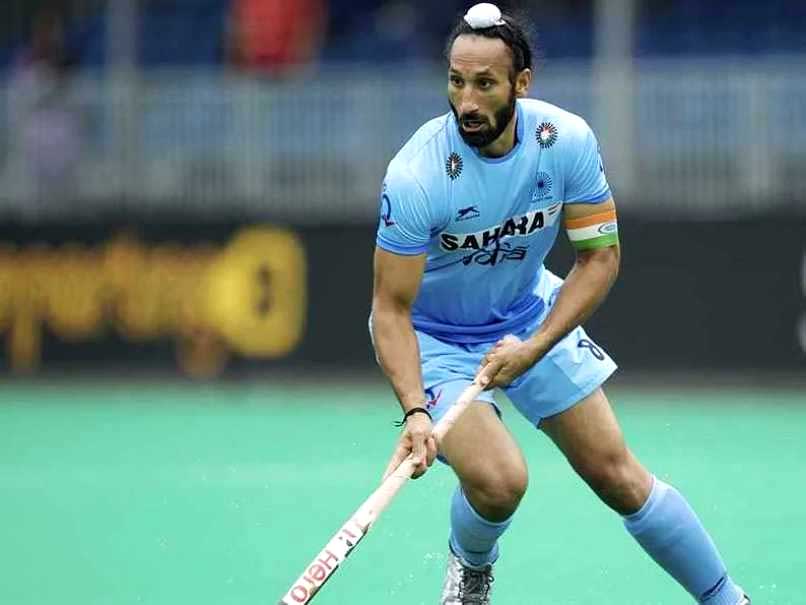 Sardar Singh made over 350 international appearances for India© AFP

Former India hockey skipper Sardar Singh Wednesday decided to call time on his illustrious career, saying he had played enough in the last 12 years and now it's time for the youngsters to take over. Sardar said he made the decision after a disappointing Asian Games where India failed to defend its title and returned with a bronze medal. With age and speed not on his side, Sardar's performance in the Games came under the scanner. "Yes, I have decided to retire from international hockey. I have played enough hockey in my career. 12 years is a long time. Now it's time for the future generation to take over," Sardar told news agency PTI.

"I took the decision after consultation with my family in Chandigarh, Hockey India and my friends. I think it's the right time to think about life beyond hockey," he added.

Interestingly, during the Asian Games in Jakarta, Sardar said he still has hockey left in him and desires to play one last Olympics in 2020 Tokyo.

However, he had a change of heart amid speculation that he was forced to retire after his name was dropped from the 25-strong core group of national campers announced by the Hockey India Wednesday.

Asked about the dropping from the camp, Sardar evaded the question and said he would formally announce his retirement during a press conference in the national capital on Friday.

Sardar made his senior debut for India against Pakistan in 2006 and since then he has been a vital cog in the Indian team's midfield.

The 32-year-old made over 350 international appearances for India and captained the national team for eight long years from 2008 to 2016 before handing the responsibility to PR Sreejesh.

Sardar was also the youngest player to captain the Indian team when he led the side at the 2008 Sultan Azlan Shah Cup. He received the Arjuna award in 2012 and Padma Shri in 2015.

Sardar will leave behind a rich legacy in the sport. A fighter to the core, he came back strongly after being dropped from the Gold Coast Commonwealth Games squad. He worked hard on his fitness to roar back into the national team for the Champions Trophy, where India won a silver medal.

With age, he slowed down a bit but Sardar still is considered as one of the fittest players in the Indian team.

"Fitness is not the reason behind my decision. I am fit enough to play hockey for some more years. But there is always a time for everything and I feel it's time for me to move on in life," he said.

Sardar said he has conveyed his decision to chief coach Harendra Singh, adding he will continue to play hockey in the domestic circuit.

Hailing from Sirsa in Haryana, Sardar's career was not devoid of controversy either.

Sardar was accused of rape by an Indian-origin British woman, a charge which he vehemently denied and was also given a clean chit by the special investigation team of Ludhiana Police.

Comments
Topics mentioned in this article
Sardar Singh Hockey
Get the latest updates on Fifa Worldcup 2022 and check out  Fifa World Cup Schedule, Stats and Live Cricket Score. Like us on Facebook or follow us on Twitter for more sports updates. You can also download the NDTV Cricket app for Android or iOS.