India skipper PR Sreejesh will get to share his views and opinions in helping the international hockey federation develop the game globally. 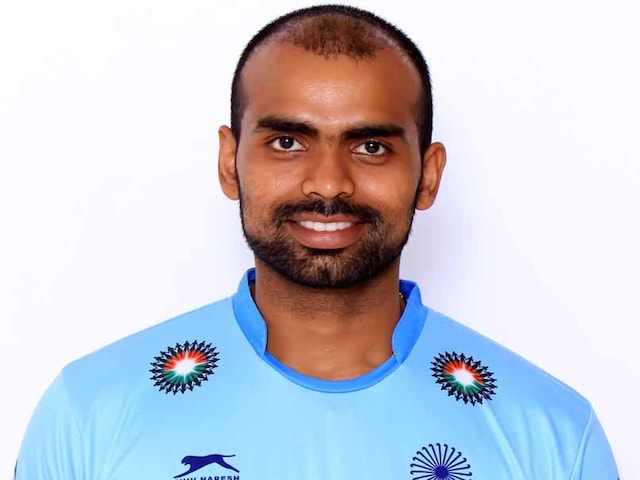 PR Sreejesh is the goalkeeper as well as the captain of the Indian hockey team.© NDTV

The International Hockey Federation (FIH) Executive Board has confirmed the nomination of Indian men's hockey team captain PR Sreejesh to the FIH Athletes' Committee. The FIH Athletes' Committee comprises a total of eight current and former hockey players who have the responsibility to act as a liaison between the FIH and the athletes and make sure the athletes have voice in the FIH decision making process.

"It's a great honour to be part of the FIH Athletes' Committee which comprises of legendary players like Moritz Fuerste and other international greats. I am looking forward to this new responsibility," Sreejesh, who led India to a historic silver at the 2016 Champions Trophy in London, said.

While Sreejesh' role will also cover seeking and providing feedback to the FIH on behalf of all athletes, the committee also gets to interact with the current athletes' in a number of ways including; post event surveys for the athletes and coaches to get direct feedbacks from FIH events.

Organised meetings are also scheduled with the national teams at several events. The aim being to communicate with the players, to update them on the different activities but also to hear from them.

"We get to work together to develop the game and put forth players concerns and suggestions. It's a great initiative by the FIH to directly involve the players and I look forward to giving my suggestions with the inputs of our coaching staff, my team who I am sure will support me in this new endeavour. I see this as a great responsibility in terms of helping FIH develop the game globally," stated Sreejesh, who is gearing up to play for the Uttar Pradesh Wizards in the Hockey India League (HIL) slated to begin on January 21.

The FIH Athletes' Committee will also need to liaise with the Athletes' Committee of the International Olympic Committee (IOC) and other sporting organisations to enable the sharing of information and research. The team of eight will also get to develop, collate, provide and promote resources for athletes on topics of direct concern including athlete health and welfare, career preparation and management, anti-doping, betting and match-fixing.