Rani Rampal has played more than 200 matches for India and she recently helped the country secure Tokyo Olympics berth. 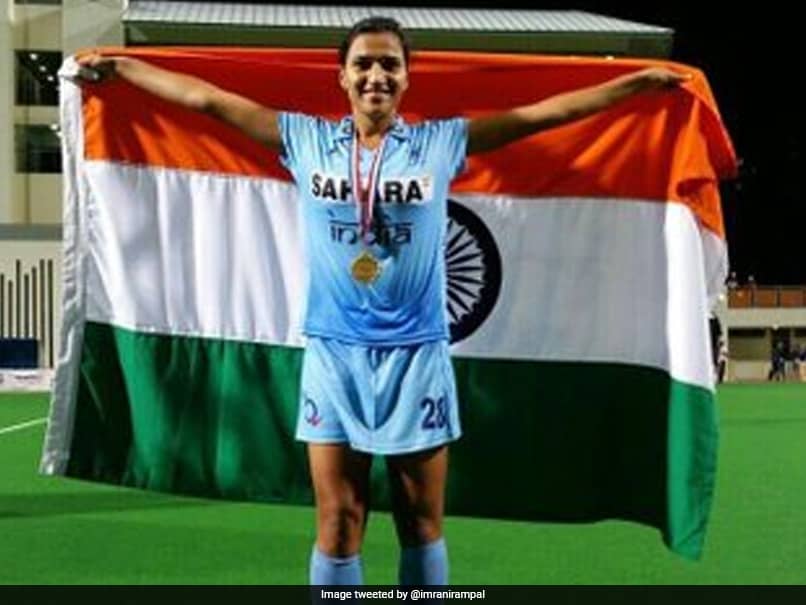 Rani Rampal is one of the six athletes who will be awarded the Padma Shri.© Twitter

Indian women's hockey captain Rani Rampal on Sunday said she was humbled and honoured to be named for the prestigious Padma Shri, the country's fourth highest civilian award, by the government. Rani was one of the eight sportspersons named for the Padma Awards on the eve of the country's 71st Republic Day. Rani is one of the six athletes who will be awarded the Padma Shri.

"I am humbled and honoured to receive one of the highest civilian awards of our country #Padmashree I dedicate this award to my entire team & supporting staff. Elated & thankful to @KirenRijiju sir @TheHockeyIndia, coach Baldev Sir, family, friends & fans for always supporting me," tweeted the 25-year-old Rani.

Rani has played more than 200 matches for India and she recently helped the country secure Tokyo Olympics berth by playing a key role in team's win over the United States in the qualification match.

Later, in a press release issued by Hockey India, she said, "This honour is a recognition for women's hockey in India. We have come a long way in the sport and I truly believe we can achieve greater results."

Replying to a tweet from Sports Minister Kiren Rijiju, she said, "Thank you @KirenRijiju sir for this recognition and always motivating us to work hard and bring more laurels for our nation."

In his tweet Rijiju said, "Hearty Congratulations to @imranirampal on being conferred with the prestigious Padma Shri! You have inspired the whole young Indian generation. Your efforts have taken Indian hockey to a new level. I'm so proud of your achievements!"

Hockey India also congratulated the Rani. HI president Mohd Mushtaque Ahmad said, "Coming from a difficult background, she has been a beacon of hope for Indian women who aspire to achieve something on their own but face several odds."

"She has set an example to many and continues to play a pivotal role in the team's preparations for the 2020 Tokyo Olympic Games."

She made her international debut in 2008 at the Olympic Qualifiers held in Kazan, Russia. After representing India at the 2010 Commonwealth Games and 2010 Asian Games, Rani was included in the FIH Women's All Star Team of 2010.

She was also included in the All Star team of the Asian Hockey Federation based on her performance in the 2010 Asian Games at Guangzhou, where the Indian team had finished fourth.

Under her captaincy, India created history as they won the Women's Asia Cup in 2017 and earned a direct qualification for the FIH Women's World Cup in 2018.

She was also part of the Indian squad that played at the Rio Olympics, India's first appearance in 36 years.